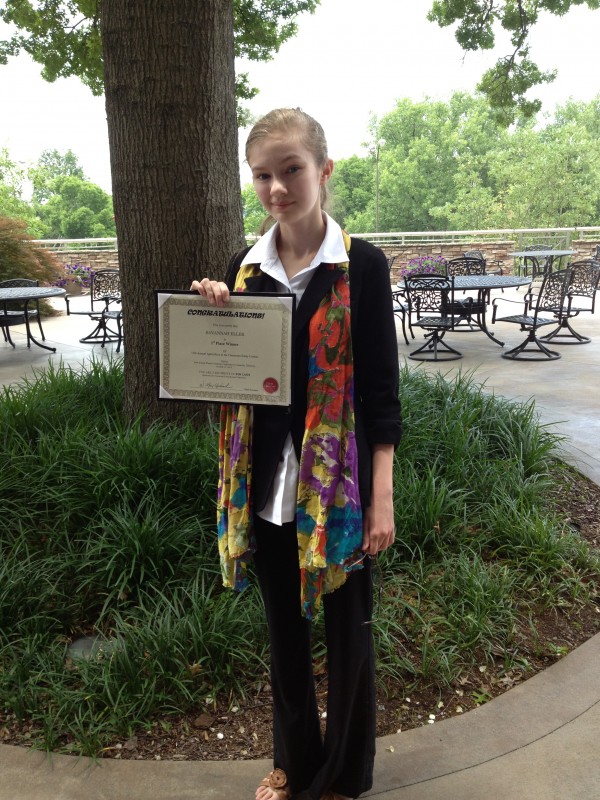 Her essay, “What is a Farmer?” was selected as the local winner by the Robertson County Farm Bureau Office of Mike Ballard, Farm Bureau Women and Directors. It was then submitted as one of 50+ entries from all over the state. Savannah received her award at the Farm Bureau Federation headquarters in Columbia, Tennessee. Savannah enjoys reading, creative writing, acting, debate, and Karate. 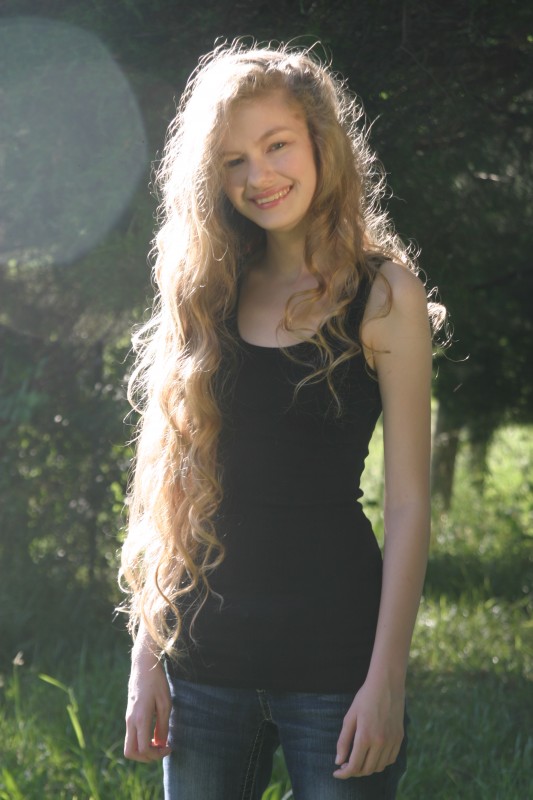 She hopes to one day attend Harvard College and write for one of the school publications. Savannah has a younger brother, Easton, and a little sister, London. little time is spent on livestock these days, the Ellers maintain fifteen acres including a pond, barns, tree farm, and vegetable garden. Savannah’s grandparents, Ted and Barbara Melton, have instilled in the kids an appreciation and deep respect for farming.

Below is a video about an amazing science project Savannah conducted. The video lets Savannah tell you about her project in her own words. The  producer of the video is a friend of Savannah’s  Josh Hall. Josh recently graduated from Friendship Christian School in Lebanon TN.