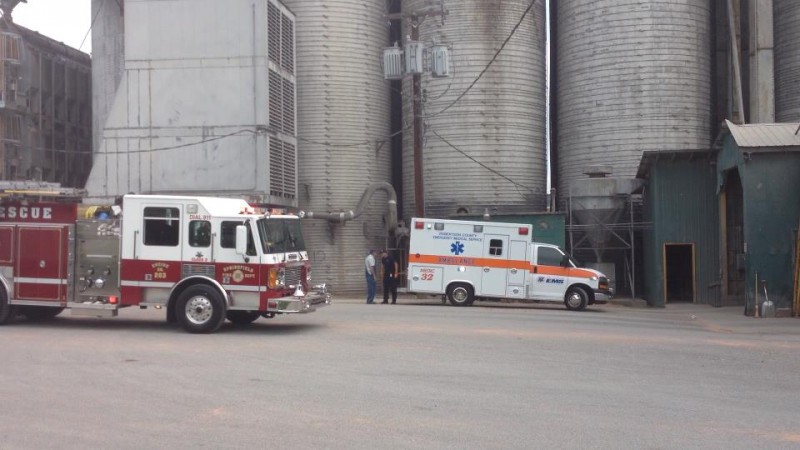 SPRINGFIELD TENNESSEE: (Smokey Barn News) –  The original 911 call indicated that a man had “cut off his foot.” The call came in around 9:30 a.m. from Baggett Grain Inc located at 3900 Memorial Boulevard, Springfield, TN.

Upon arrival, EMT’s found the victim’s foot was not completely cut off but badly mangled in an auger located in tower 7 or 8, according to interim Springfield Fire Chief Jimmy Hamill.

Chief Hamill said that goal-one was to control bleeding and then establish a good I.V.. Vazguez was transported via ground to NorthCrest Medical’s emergency hela-pad about 2.7 miles away (about 7 mins from Baggett’s on Memorial Blvd) and then transported to Vanderbilt Medical Center’s Trauma Unit in Nashville via Lifeflight.