The accident occurred at Martinrea Fabco located at 1 Fabco Dr in Springfield, TN. The call came into 911 at 1:13 p.m. and Lifeflight was called in immediately.

For safety reasons the decision was made to have LifeFlight  land at the Robertson County Airport located near the facility. MAP Lifeflight medics were then transported to the scene by the Robertson County Emergency Management Agency to prepare the patent for transport, according to Assistant E.M.A. Director Kenny Hardaway.

“He was pinned from the lower thigh down,” according to Springfield Fire Chief Jimmy Hamill. “He was pinned between two pallets, one of which was holding banded steel plates weighing about 1000 lbs, Hamill said.”

“At first we tried  using an air bag, that wasn’t going to work. Then we employed the Jaws of Life and a hydraulic ram and we were able to free the man,” Hamill said.

Hamill said the injuries the man sustained were not life threatening.   “He was very lucky,” Hamill said.

Hamill wanted to thank his Firefighters, Robertson County EMS and Springfield Police for doing such a wonderful job,” “They all did a great job,” Hamill said.

According to Assistant EMS Director Russell Gupton, the 25 year old victim is in stable condition. “He was very lucky and should make a full recovery,” Gupton said.

“Springfield Firefighters did a spectacular job freeing the young man without causing any further injury, we are very fortunate to have such well trained professionals,” Gupton said.

According to Martinrea company representative Jim Parks, “We take employee health and safety very seriously here, we will be conducting a thorough investigation into the cause of this accident.”

Parks also confirmed that the banded steel plates or “Blanks” that fell on the employee all together weighed about 700 lbs.

“The employee will be celebrating his three year anniversary in September. We are praying for him to make a quick recovery,” Parks said. 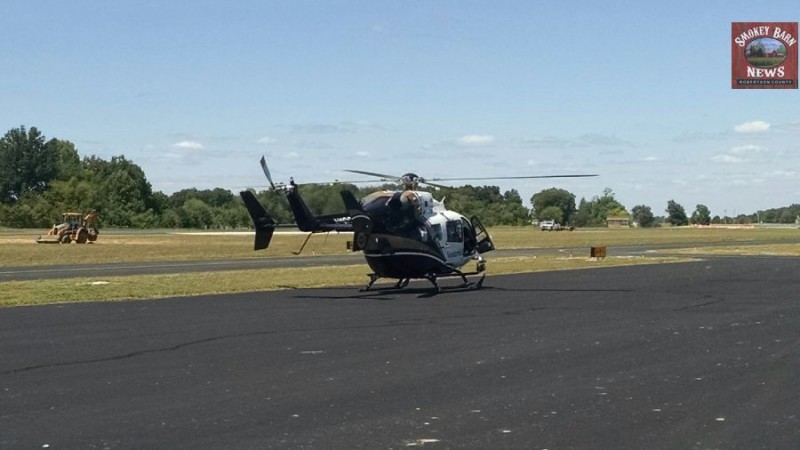