Yesterday, Monday Jan. 13th, 2014 at approximately 7:58PM  officers were dispatched  to a report of shots fired at the intersection of 21st Ave East and Woodland St. in Springfield. 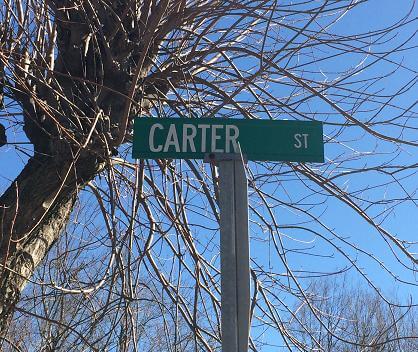 When officers arrived they were told that the shooting victim (a 23 year old male from Springfield) had been taken to NorthCrest Medical Center in Springfield. Smokey has decided not to release the name of the victim. The victim stated that he was standing on the corner of 21st Ave and Carter St. when he heard gunshots. The victim said he ran towards Park St. and that’s when he felt something hit him in the buttocks, according to the police report.

The victim was transported to NorthCrest Medical Center by a friend.  The victim  did provide police with a written statement of what occurred but he did not want to prosecute,  even if the police captured the individual that shot him, according to police.

According to police, several witnesses stated they saw a man shoot towards the victim at 21st Ave and Carter St. and then flee in a newer model white Ford Crown Vic. So far though, no one has been willing to come forward or testify which will make this case almost impossible to prosecute, according to Springfield Police Chief David Thompson.

This is the same area that  Shawnise Leavell of Springfield was shot and killed just a few months ago on  September 26 2013. This area of Springfield has had its share of gun related crimes. In this case with the victim and witnesses unwilling to testify it will be problematic for police to make any headway.

Though the victim in this shooting is expected to fully recover, one has to wonder why he would refuse to cooperate with police. Has a culture of violence so embedded itself into some areas of Springfield that residents and even victims  are too afraid to reach out for help?

Anyone with information on this case is encouraged to call Springfield Police at 615-384-8422.

You can text your anonymous crime tips to Crime(274637). Start tip sentence w/RCCARES then complete your tip details

Below is Smokey’s report on the murder of Shawnise Leavell at this same location of last nights shooting. http://youtu.be/oKS0erwl6pM At approximately 10:50 PM officers were dispatched to the area of 2105 Woodland St in reference to gunshots. When officers arrived, Shawnise Leavell age 30 of Springfield, TN was found at the back door of the residence deceased. Leavell appeared to have possible gunshot wounds to his upper body.