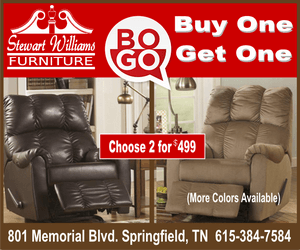 Millersville Police Chief Ronnie Williams announced Wednesday that he will be stepping down as Police Chief and his last day will be this coming Friday the 13th.Smokey spoke to Chief Williams today, he told us “It’s just time to do some other stuff”Williams became Chief back in 2005 after serving as a reserve officer for 9 years.Williams said he started his police career in Robertson County back when Ted Emery was in his second Term”  80-86Williams has been in private security since 1999 and currently heads all the security for APEX Security Group Inc in Nashville.APEX does security across the board and is Headquartered in California. The Nashville office alone has about 250 to 300 personnel.In the interim Millersville City manager Robert E. Mobley will act as police chief until the city can find a replacement. “I need to go in a different direction, and so does the department, Williams said.  “I gave a lot to the department, it gave a lot to me.” On Wednesday June 11, Williams officially made the announcement that Friday will be his last day although he will still be available while the city transitions his position.“I‘m just going in a different direction, I hope the best for the city of Millersville, I’m always here, I care about the city. I have friends here that I’m leaving, but they’re still going to be my friends, I’m not cutting ties. Sometimes you just have to go adventure somewhere else, you get burnt out.” Williams said.Millersville has 14 officers covering a city of about 6000.“It’s been a pleasure serving the community, I hope I made a difference and I hope the city will prosper and go forward.” Williams said.