WHITE HOUSE TENNESSEE: (Smokey Barn New) – You may remember Back in October of 2014 Smokey Barn News brought you the news that Special Agents with the Tennessee Bureau of Investigation obtained indictments for a Robertson County area business owner for allegedly falsifying documents and applying for credit in the names of some of his former customers.

At the request of 18th District Attorney General Ray Whitley, TBI Special Agents and officers with the Portland Police Department began investigating Brian Lewis on February 7, 2014. During the course of the investigation, agents developed information that Lewis, the owner of Woodland Furniture stores in Portland, on South Broadway, and White House,  on Hwy 31W, was allegedly using personal information from prior credit applications of former customers to open new accounts.

Agents determined that between September 2013 and January 2014, Lewis allegedly used customers’ data to apply for credit without their permission and subsequently received payments for false furniture sales, according to the  T.B.I.

This week the TBI is revealing that the case has now yielded additional charges for the furniture store owner.

As the result of ongoing casework, Special Agents with the Tennessee Bureau of Investigation obtained additional indictments for Brian Lewis charged with falsifying documents and applying for credit in the names of some of his former customers. 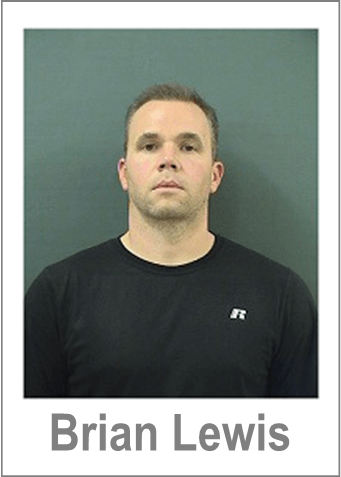 On November 11th, the Sumner County Grand Jury returned indictments for the 40-year old Portland man, charging him with one count of Identity Theft, one count of Fraudulent Use of a Credit Card, and three counts of Theft over $1,000. Previously, in late 2014, the Sumner County Grand Jury returned indictments as a result of the investigation, charging Lewis with 13 counts of Identity Theft, eight counts of Forgery, and one count of Theft over $10,000. Thursday afternoon, authorities booked Lewis on the additional charges and released him on a $10,000 bond. –