Morgan Hutcherson Of White House Dies, She was 20

Smokey would like to convey our sympathy to the Hutcherson family in their time of great loss. Below is a note left by Morgan’s father about her passing.

I am sorry to say that Morgan passed away this morning. She has been such a fighter, and she has fooled so many of her doctors, many of whom had given up on her weeks and weeks ago. Morgan began having seizures last night, which at their worst were uncontrollable. 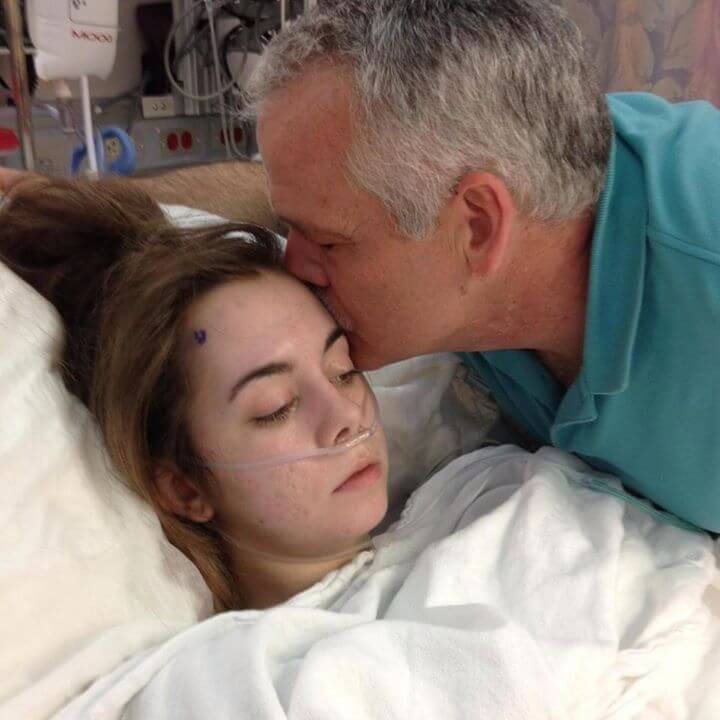 After a long and valiant fight, she managed to get the seizing under control around 4AM This morning. However, the fight was simply more than she could take. She was in peace, she was in no pain, and like her 16 month battle, she passed on her terms. Morgan never questioned her God as to why this was happening to her, and she never, ever allowed her faith to be placed in doubt! She is, and has always been a beautiful person, who was selfless to a fault.

I want the world to know that Morgan both lived and died on her terms! While this devastating disease has taken her from us in her physical form, it did not, and could not touch her spirit! her soul! or the essence of what made her who she was. So at the end of the day, Morgan may have lost this battle! but she won the war!

Our hearts are shattered, and my family needs your prayers. But our faith is strong, and we sincerely believe we will be together again! Thank you again so much for all the support.

Morgan Hutcherson, was diagnosed with a brain tumor early Easter morning on March 31st, 2013. The tangerine-sized tumor was then successfully removed on April 9th, 2013. This was just two days after her 19th birthday. A few days later, they discovered the type of cancer. She was diagnosed with Grade 4 Glioblastoma Brain Cancer. Morgan has been receiving Chemo and Radiation treatments. The type of cancer she has is unusual for a young female according to Morgan’s doctors.

As soon as funeral arrangements are made available we will provide them to you.  If you would like to help the family financially during this difficult time, you can make a donation to the Hutcherson  Family through: Fundraiser page