UPDATE: Springfield Police say the incident was the result of road rage. See update below.

SPRINGFIELD TENNESSEE: (Smokey Barn News) – A mother and daughter were transported to an area hospital Wednesday evening after police say the two were struck by a hit and run vehicle in the parking lot of CVS in Springfield.

The CVS is located on the corner of Memorial Blvd and 10th ave. MAP

Officials tell Smokey Barn News that the alleged driver left the scene of the incident which occurred around 8:15 pm Wednesday evening.

Police describe the vehicle as a white older model jeep with a black hardtop driven by a white male.

Police are now calling the incident the result of  road-rage

Springfield Police are calling the incident the result of road rage but did not comment further on a motive or cause.  Investigators are also updating the vehicle description.  Police say the suspect vehicle is a white Jeep Wrangler with a black top and appearing to have black fenders.

Police have also released an update on the mother and daughter. “Two victims were transported via EMS to Skyline Medical Center with multiple scrapes and bruises.”

Suspect description: According to witnesses, the vehicle was being operated by a white male wearing a white T-shirt, approximately in his mid to late ’50s, with blondish graying hair, and facial hair.

Anyone with any information as to the identity of this suspect and/or where the vehicle may be, please contact the Springfield Police Department’s Detective Division at (615) 384-8422.

Reload this page for updates 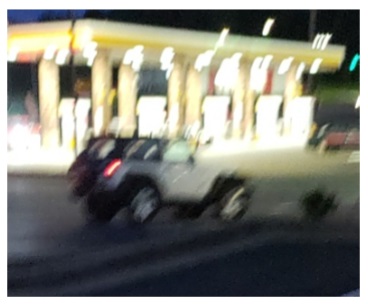