The crash was reported just after 6 am on Hwy 76 between Hillside Dr and Clarity Rd Wednesday morning.  MAP

According to Assistant Chief Russell Gupton with Robertson County EMS, Robertson County EMS and assisting agencies responded to a motorcycle crash on Highway 76 near Gum Station Road at approximately 6:10 AM this morning. There was a lone male operator of a motorcycle that was pronounced deceased at the scene. The body will be transferred to the Center for Forensic Medicine in Nashville where an autopsy will be performed.

Trooper Sammy Allen with the Tennessee Highway Patrol investigated the crash. According to Trooper Allen, Mark Pegelow, 63, of Springfield Tennessee was traveling East on Hwy 76 riding a 1999 Harley Davidson motorcycle when he lost control of the bike and ran off the left shoulder of the road where he impacted a small pole. The impact knocked Pegelow into a gravel driveway where he hit another pole and was ejected from the motorcycle. The bike flipped through a grass field sliding some 413 ft off the road. Pegelow was found next to the motorcycle. 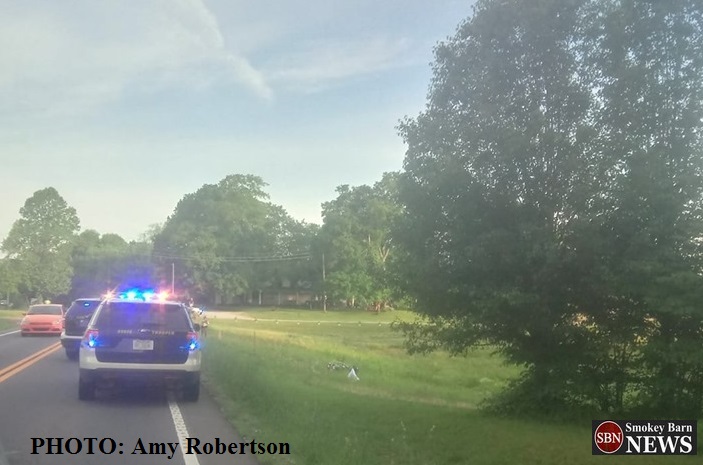