SPRINGFIELD TENNESSEE: (Smokey Barn News) – The process of repairing the front marquee and facade of the historic theater in Springfield has finally begun. 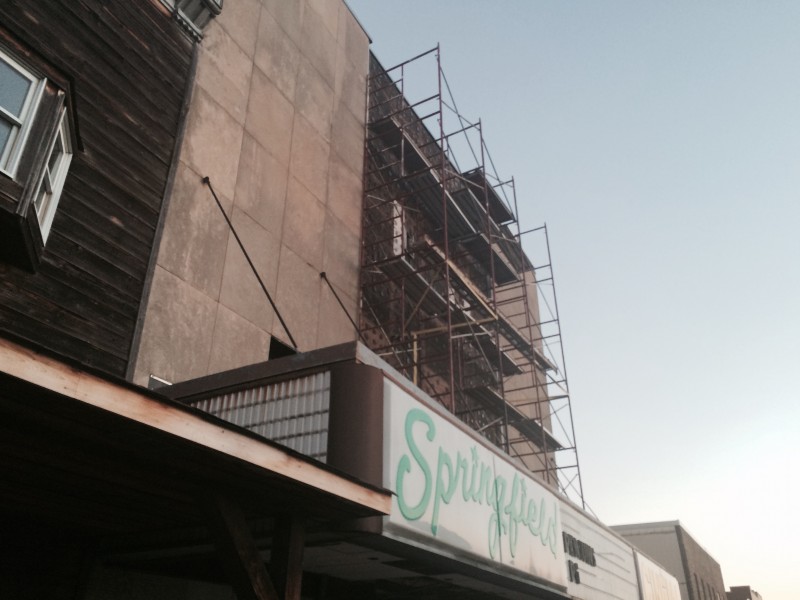 This week scaffolding was set up to remove the old tiles over the marquee. Though we don’t have any official word yet as to what Carmike plans to replace the tiles with, we were told by one Carmike representative that they are considering stucco.

As Carmike contemplates plans for the redesign of the front of the theater they are looking for approval to brace the old marquee. There has been some discussion for a marquee that would be triangular on both ends instead of the sharp corners of the current marquee. Something like a 40 degree angle we were told, so it would be flat in front and angled on the sides. 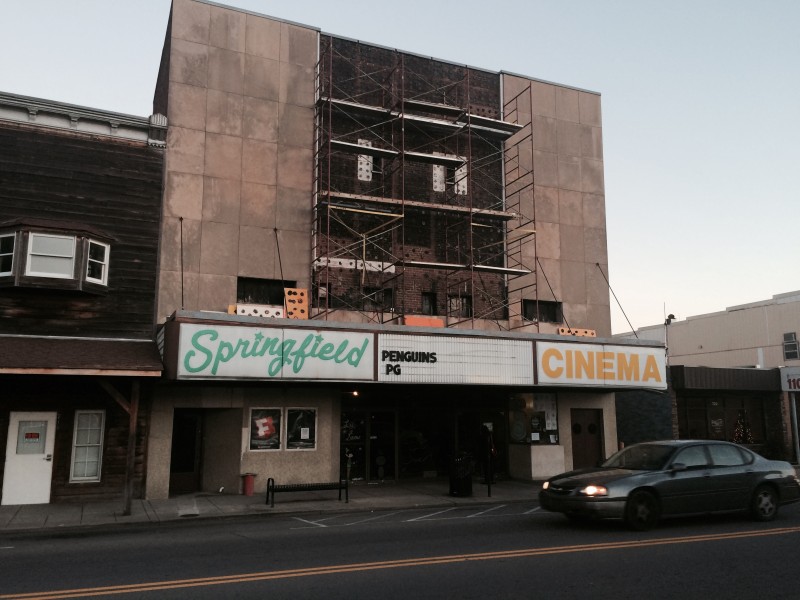 Also being considered is a vertical lighted sign that would attach to the side of the building with the Carmike logo. We have also learned that black tile is being considered for the front entrance of the theater.

It’s all still in the early stages of development but for those of you that have been eagerly anticipating improvements to the old historic theater, the process has finally actually started.

It’s one thing to hear talk of the old theater getting a makeover but to actually see work beginning will be very exciting for Springfield and Robertson County residents.

Smokey will of coarse keep an eye on the theater and bring you any new developments.

Springfield Cinema Has A Question For you 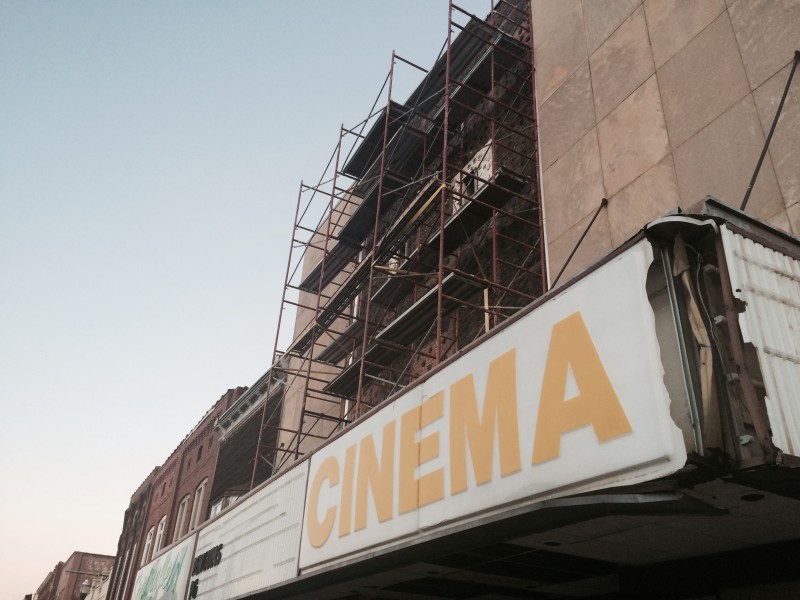