RIDGETOP TENNESSEE: (Smokey Barn News) – It was a special day in Ridgetop Sunday with a large crowd showing for the opening of a new Military Room in honor of Veterans of all US conflicts. The new room is the most recent addition to the Willson House at Ridgetop Station Park in Ridgetop. The ribbon cutting and dedication of the new room was hosted by the Ridgetop Historical Society who designed the new exhibit.

The Ridgetop Historical Society felt that the new room would be a great way to honor Frankie and All Military Veterans of all US conflicts.

Hannah and Molly Mitchell (left) proudly holding a photograph of Frankie Derseweh who is there great uncle.

The photo Hannah and Molly are holding was taken the day Derseweh received a US Flag for his brother’s service who was in the European Theater during WWII.

As part of the ceremony,  a cannon was fired by Jim Johnson. Johnson (pictured below) was a pleasure to chat with, he was clearly a proud american with a distinguished military career.  Johnson served from 1965 through 1997, including a tour in Vietnam, he also had a great sense of humor.

Johnson told the story of how a piece of a tank ended up in his face. The fragment was never removed which made for an interesting conversation with his dentist,  Johnson said with a smile. In my wisdom I told Johnson that with a piece of a tank in his head he must be the toughest guy in Ridgetop, I mean, after all, how many people can say they have a piece of a tank in their head. Johnson did chuckle at my attempt at humor but denied being a tough guy.  Tough or not, one thing that was clear, if his country asked,  Jim Johnson would do it all again.

Facing circumstances that most of us can’t imagine, our armed forces do a job that has (over the years) changed history.  After serving their country, many men and women return home to face even more challenges as they adjust back into civilian life. A percentage return home and begin building a future, others can have a harder time adjusting.

Depending on what they faced, the adjustment back to civilian life can be a painful one. You can’t tell by looking at them and if you ask they will probably say they are fine but inside they struggle.

Like most news agencies, Smokey doesn’t report suicides outside of some very special circumstances. However, if you are wondering if suicide has touched military personnel in Robertson County the answer is yes. When you learn that someone has or is serving in the military simply say, “Thank you for your service.” Sometimes a few words of appreciation and respect can have a powerful effect and yes, even save a life.  That’s what Ridgetop’s new Military Room is all about, and it’s also what Tuesday is all about, it’s Veterans Day, the day we say “thank you”. 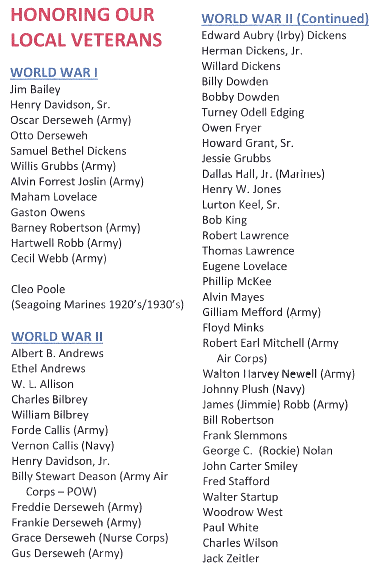 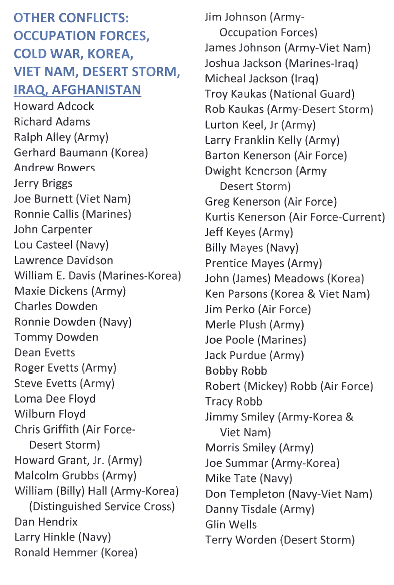