OK, so Smokey tends to shy away from most national news but this story caught our eye. The short of it is that a (Gannett Company, Inc. owned) news outlet in New York called The Journal News decided it was a good idea to find out who the “registered” gun owners are in the New York’s Westchester and Rockland counties and post their names and addresses in an article called “Map: Where are the gun permits in your neighborhood? “.

The “map” is digitally interactive so you can easily see if your neighbors have gun permits.  Imagine waking up to see your name in the news on a map like that. Needless to say local residents (and readers of the publication) were not too pleased with the papers decision to coalesce their names and addresses and post them for all to see. 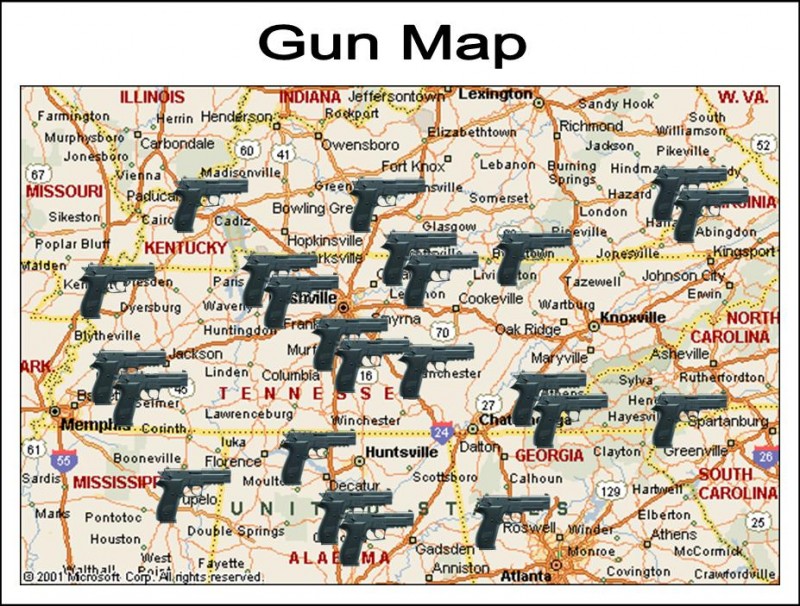 The story has gone viral receiving strong reactions all across the nation. The Journal obtained the information through the (as they put it) “Routine Freedom of Information law requests”. Turns out they’re right, there is no law prohibiting the media from publicizing such a list.

It will be interesting to see the ultimate outcome to the papers decision to leave journalism behind (at least in the classical sense) for sensationalism. I wonder what kind of perminate readership they will attract. At least a few comments posted by readers of the Journal we saw indicated that they were canceling their subscriptions.

One comment said, “they’re just telling all the criminals where the guns are.” Some others say the Journal is attempting to capitalize on the recent renewed interest on gun control after Sandy Hook. On the front page of the Journal’s website they have an article entitled “Sandy Hook: Mourners nationwide seek out community, faith after tragedy” It seems strange to then turn around and use the same subject matter for such sensationalistic journalism. Even after the strong reaction from the public the Journal News is still compiling and updating the gun map.

Here’s the scary part, what if local publications decided to do the same thing? Many local news outlets are owned by Gannett , which also owns The Journal News. Companies like The Tennessean,  Robertson County Times,  Dickson Herald,  the Gallatin News-Examiner,  the Hendersonville Star-News,  the Fairview Observer,  the Ashland City Times,  Clarksville Leaf-Chronicle,  The Daily News Journal in Murfreesboro and two other independent Gannett papers.

The company also publishes several specialty publications including the Nashville Record,  Metromix Nashville (a weekly entertainment-oriented publication),  and Nashville Lifestyles magazine. It publishes Davidson AM, Williamson AM, and Rutherford AM,  local supplements covering these counties.

Would you like to see your name on a gun owner map? As we struggle to understand the motive for this type of journalism; only one thing stands out, profit. I wonder how the sponsors of the The Journal News will ultimately react.

By the way, and needless to say, (locally owned & operated) SBRC News (Smokey Barn News) will not be compiling gun owners names and addresses.