October In Orlinda – The Fall Festival You Don’t want To Miss!

The Largest Fall Festival In This Part Of Tennessee!

We still have booth space for food vendors, retail merchants, or others interested in setting up.

THERE IS ALSO STILL TIME TO REGISTER FOR THE BEAUTY PAGEANT AND BBQ CONTEST! 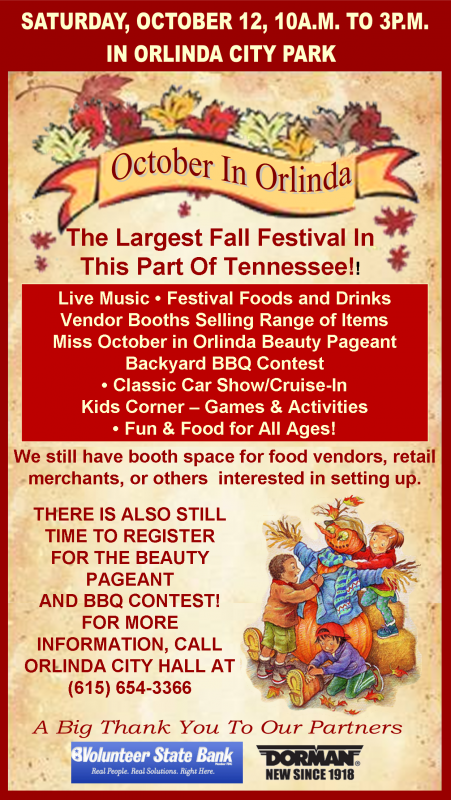 Deborah has had14 Singles make it onto Billboard’s Country Music Charts, including one written by Prince! In addition to her hit “Baby I Lied”, Deborah is also famous for her songwriting. She has written songs recorded by Tanya Tucker, Janie Frickie, Pam Tillis, Kix Brooks, LeAnn Rimes, and others. She also wrote and performed songs that are on the original motion picture soundtrack for the movies “The Thing Called Love” and “Coyote Ugly”.

iPhone/iPad users click on image below to play video. http://www.youtube.com/watch?v=rX8gg1fQsFI