MILLERSVILLE TENNESSEE: (Smokey Barn News) – A Millersville police officer is recovering after being struck by a police cruiser after it was hit by a fleeing suspect Saturday night.

Around 10:22 p.m. Saturday evening Millersville Police were dispatched the Owl’s Roost Campground located at 7267 Bethel Rd. MAP in Millersville.  It was reported that a female, who appeared to be intoxicated, was allegedly attempting to enter various vehicles and campers.

Millersville Police arrived on scene and witnessed an individual matching the description of the suspect walking in the campground. When the suspect (now identified as 39-year-old Stacey Leanne Akdemir of Spring Hill Tennessee) allegedly saw the officer, she began running towards a white Lexus SUV. The officer gave verbal commands for Akdemir to stop and she failed to comply. Akdemir then allegedly entered the Lexus SUV, put the vehicle in reverse and struck the Millersville Police vehicle resulting in the police vehicle moving and striking the officer who was standing next to his police vehicle.

Akdemir than fled the scene in the Lexus SUV which then triggered a multi-agency pursuit. After pursuing the vehicle approximately 40 minutes and reaching speeds of 120 mph, spike strips were deployed by Gallatin Police Department. The vehicle then traveled on 4 flat tires for approximately one mile before coming to a stop.

The suspect was then taken into custody. The pursuit went through Sumner and Robertson Counties. Millersville Police, Sumner County Sheriff’s Office, Gallatin Police, and Tennessee Highway Patrol (including a THP helicopter) were all involved in the pursuit.

The officer that was struck by the vehicle received treatment at Skyline Medical Center for minor injuries. Akdemir was transported to Robertson County Jail for booking. She has been charged with; Driving under the Influence,  Reckless Driving, Reckless Endangerment, Resisting Arrest, Evading Arrest, Leaving the Scene of an Accident, Failure to Maintain Lane and Due Care. Akdemir is being held on a $30,500 bond. 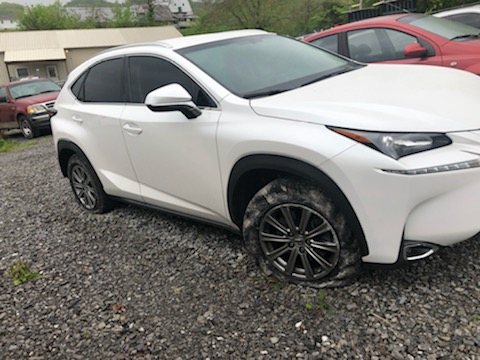 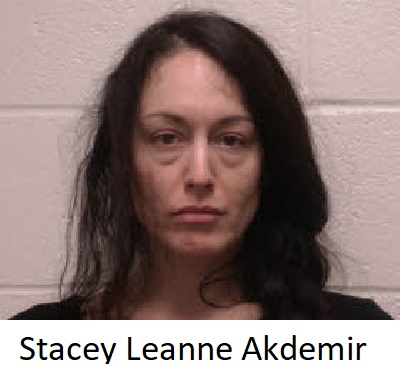