SPRINGFIELD TENNESSEE: (Smokey Barn News) –  According to the Robertson County Sheriff’s Office, one person had been detained following a shooting death that occurred on Hoods Branch Road early Sunday.

The shooting occurred at a home on Hoods Branch Rd near New Chapel Rd just before 1 am Sunday morning. MAP

The Robertson County Sheriff’s Office, Deputies initially responded to a call of a home intruder. Upon arrival, Deputies found John David Whitehead, 27, of Dickson, TN deceased from injuries he sustained in the shooting by the homeowner, David Joshua Tucker.

According to investigators, Whitehead came to the house hours earlier and was acting strangely and claimed to know David Tucker and his family. Sources tell Smokey Barn news that Whitehead told the family that he had gone to school with them. The homeowner asked Whitehead to leave the property and he apparently complied.

According to the Sheriff Office, about two hours later  Whitehead returned to the residence and forced his way into the home. Whitehead was subsequently shot by David Tucker who was in fear of his and his family’s safety.

John Whitehead’s family told authorities that he suffers from mental health issues. The investigation is still on-going. The District Attorney will not be pursuing charges at this time. 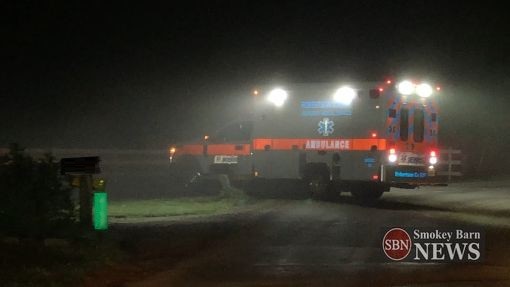