ORLINDA TENNESSEE (Smokey Barn News) – A Robertson County tobacco barn is a total loss after a fire ripped through the structure early Monday.

Located on Moore St in Orlinda, MAP, the large barn contained about 5 acres of tobacco, officials said.  According to Orlinda Fire Chief Dusty Johnson, the loss to the farmer is about $100,000. $50k for the barn and roughly $50k in tobacco.

According to Chief Johnson, the call went out just before 4 am and when firefighters arrived the north end of the barn was engulfed in flames. Though firefighters made a strong entry, saving the barn or any of its contents wasn’t possible. “When you have a barn full of tobacco that dry, it goes up quick,” Johnson said.

The barn was actively firing at the time of the fire. Chief Johnson has classified the fire as accidental.

According to Fire Chief Ray Brown with the Adams Fire Department, the risk of fire for tobacco farmers is high this time of year and will stay elevated until the firing season is over at least another month or two. The barn owner did carry insurance on the structure but not the tobacco, according to Chief Johnson.

Smokey Barn News is named after the Tobacco Barn industry and we are always saddened to see one lost to fire. For the owners of the barn, this represents a tremendous loss in both man-hours and income. For photos of beautiful smoking barns; CLICK HERE 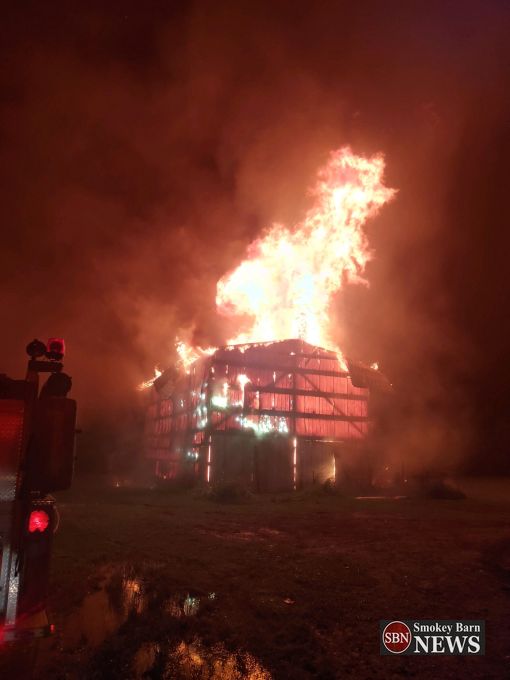 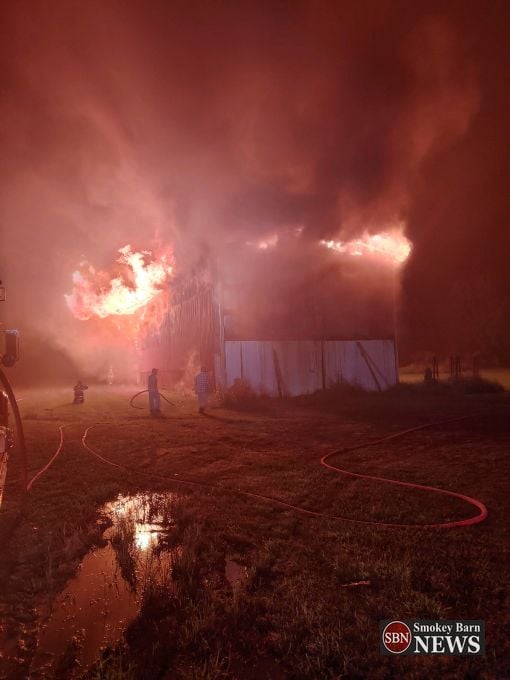 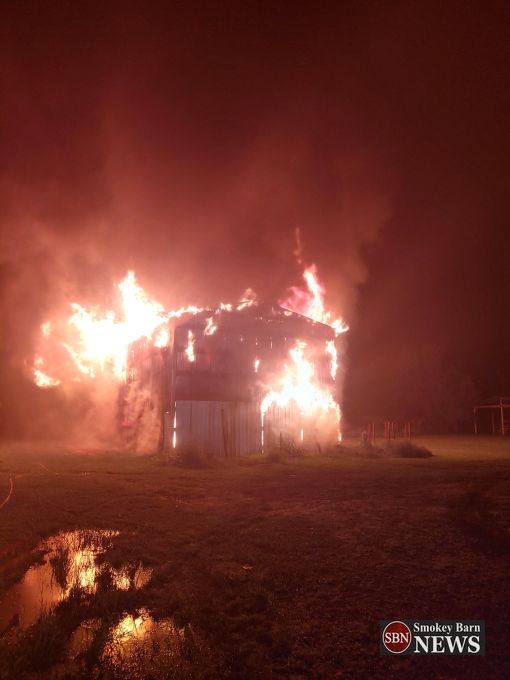 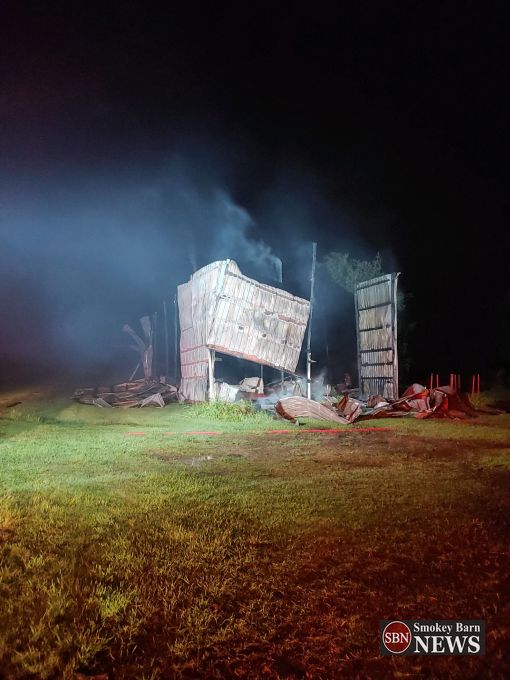