A semi has overturned on the I65 Northbound 112  ON-RAMP. No injuries have been reported. Officials may be closing the ramp to right the semi but the freeway is unaffected. Rubbernecking could slow freeway traffic but the accident is on the on-ramp not the freeway.  (LOCATION OF WRECK)

According to Robertson County Emergency Management Agency director R.L. Douglas, the semi was hauling 33,ooo Lbs of avocados. According to Douglas, due to the nature of the load it will take several hours to transfer it to another rig and it will most likely be well into the afternoon before the process of righting the rig will begin, perhaps 3:00pm. “The process of righting the rig itself will take about two hours,” Douglas said.

The accident which occurred around 3:27am is still under investigation but our partners over at News-2 are reporting that the driver parked for the night and accidentally left the truck in gear. The rig eventually rolled down part of the ramp before flipping off the shoulder. 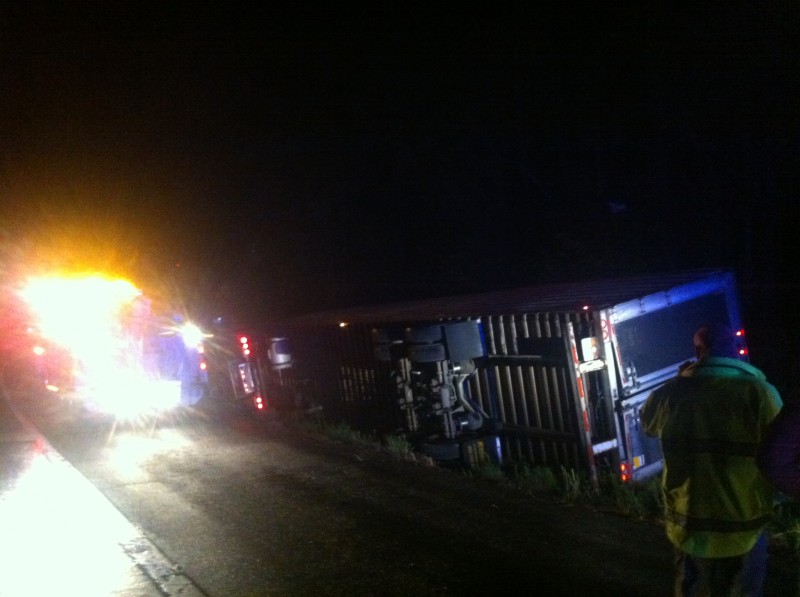