The suspect Robert E Kuiken (wanted in connection with the hit and run of Billy Green in Springfield back on June 22nd) was arrested last night in Sweetwater on a Crime Stopper Tip. According to Springfield Police Chief David Thompson Kuiken was captured at an Econo Lodge in Sweetwater Tennessee without incident.

The tip of Kuiken’s whereabouts came from a Crime Stoppers tip. According to Springfield Police Chief David Thompson, the individual that offered the tip on Kuikens location indicated that they saw the report on Smokey Barn News.

Please remember, all suspects are innocent until proven guilty by a court of law.

A pedestrian was struck by a vehicle that fled the scene. The accident occurred at the intersection of Park and 20th Ave in Springfield around 9PM Saturday evening June 22. (see video below) The vehicle is described as a red 1986  GMC pickup-truck. It was last seen heading towards the Adams Cedar Hill area. 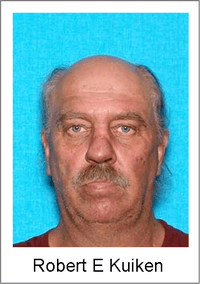 Kuiken has been charged with leaving the scene of an injury accident and driving with a revoked license.

Anyone with information is encouraged to call Crime Stoppers at 615-382-3799   For the full story and Smokey’s video report see below. Crime Stoppers offers UP TO $1,000 for tips.

The suspect (Robert E Kuiken) is still at large, Springfield Police have issued a warrant for the arrest of the driver of the red 1986 GMC pickup-truck LP#141XVL.

We are now releasing the name of the victim, it’s Billy Green. Billy was taken to Vanderbilt Medical Center according to Russell Gupton Asst. Chief EMS.   He was Treated and released around 4:30AM.

For those of you that live in the Springfield area you may remember seeing Billy Green, he’s very friendly and is often seen walking around town with a cup of coffee and a bright colored reflective safety vest.

Smokey Stopped by Billy’s home in Springfield Sunday afternoon, he’s banged up pretty bad. One eye is almost completely closed due to bruising and there are cuts all over one side of his face. He was laying on the couch kind of half asleep but still gave me his customary friendly wink-nod as he does. To be honest he looked pretty bad, bad enough we took no photos, but as we understand it he should make a full recovery.

We will track his condition and provide relevant updates.
Jim Ball reporting
UPDATE: Smokey Barn News, June 24, 2013 8PM
Smokey was there this afternoon when a local Doctor looked over Billy Green. The Dr. said he looks fine and seems to be doing well. He will need to have some staples removed in a week or so but for the moment the Doc says Billy’s OK.
UPDATE:  Smokey Barn News, July 3, 2013 10:00PM
Billy Green, Walking Again After Hit And Run…Billy Green is back walking after a car hit him last week and put him in the hospital. It’s good to see him back on his feet. Photo credit: Rickie Morris 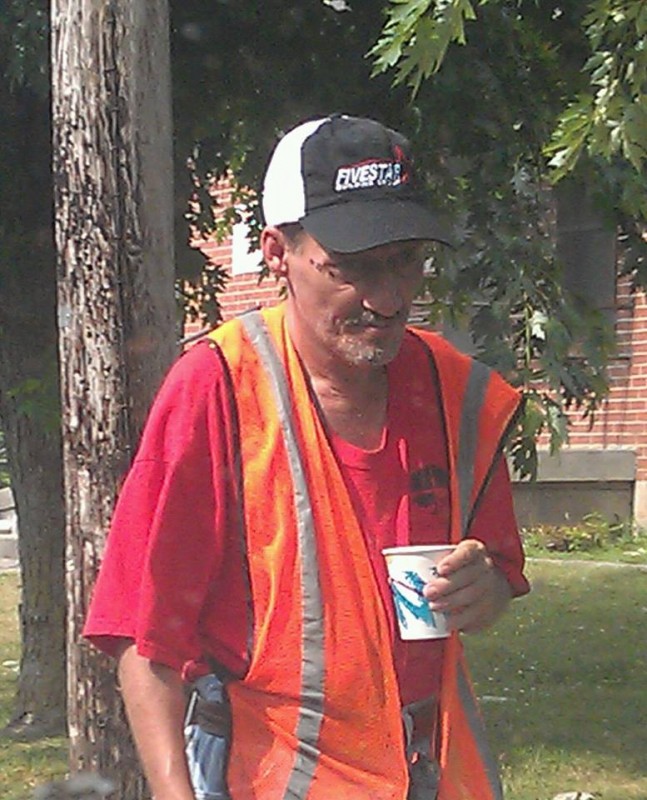