SPRINGFIELD TENNESSEE: (Smokey Barn News) – A pickup truck crashed into the back of a large industrial sized articulating wheel loader (Fork-Lift) Wednesday and the 38 year old driver from Cedar Hill managed to walk away with only minor injuries.

The accident occurred next to Rawls & Son Auto Salvage on Kinneys Rd in Springfield. (Location of wreck) The call came into 911 at 5:11 p.m..

The driver of the forklift said he hardly felt the impact that left the pickup truck with heavy damage. The forklift driver told Smokey Barn News that he was feet from his own driveway when the Pickup rear-ended him.

A witness said she was on her porch and saw the accident. She estimated the speed of the truck to be about sixty miles an hour. There was a dog in the back of the truck and (on impact) the dog was thrust forward with enough force to dent the edge of the bed 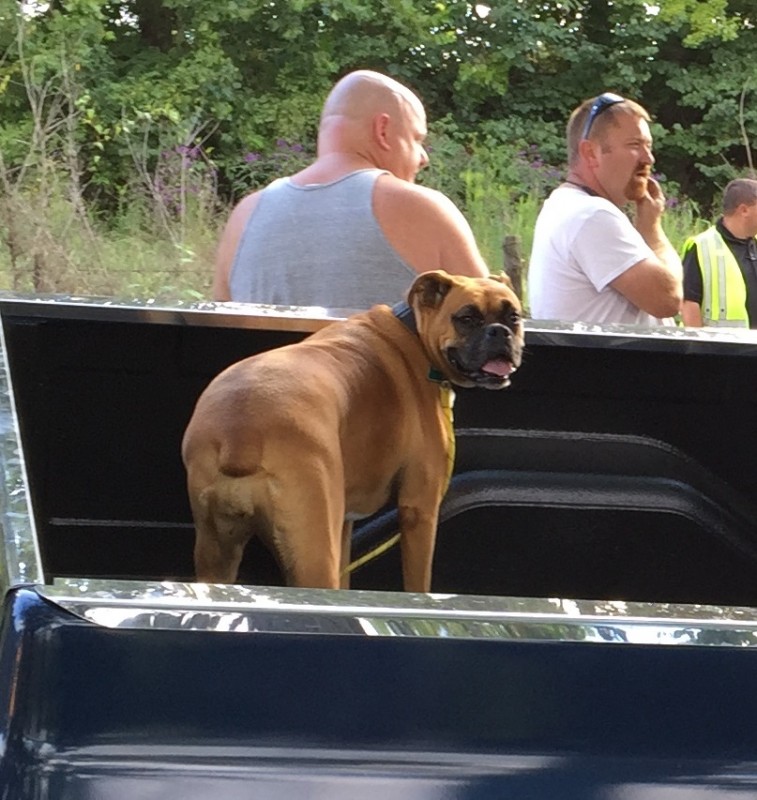 of the truck, she said.

The driver of the pickup did suffer a head injury but was walking and talking to police after the wreck. The dog was also walking around after the wreck and seemed to be OK.

The driver of the pickup was given a field sobriety test at the scene and then taken into custody under suspicion of DUI.