UPDATE: Video Report A man driving a dark colored pickup truck on Hwy 31 towards Hwy 76 lost control and plowed into the Stone Cottage Antique Shop at 3210 Hwy 31, White House, TN, Tn around 7:35pm. The truck hit a gas main which ignited a fire. Robertson County & Sumner County EMS along with White House Rescue responded to the call. According to witnesses at the scene the truck had struck another vehicle on 31W and then preceded on before losing control and plowing into the Stone Cottage. The driver did not survive the accident and Rescue and EMS were unable to remove the driver from the truck  until the gas was turned off. Piedmont Natural Gas had to locate the gas line running through the yard to cap off the gas. Fire fighters have gotten the fire under control but White House Fire Chief Joe Palmer told Smokey the business is  most likely a total loss.

On 1/22/13 at approximately 1911 hours, the White House Police Department
responded to a motor vehicle accident with a fatality at 3210 HWY 31W. Witnesses
reported that a Red Chevy Pick up truck traveling South on 31W had been driving
erratically, before leaving the roadway and striking the building located at 3210
HWY 31W. Upon hitting the building, the vehicle ruptured a natural gas line
causing the vehicle and the building to catch fire. The deceased is identified as 33
year-old Gary K Legget of Cottontown, TN. There were no other passengers in the
vehicle.
The investigation into the cause of the accident remains under investigation. 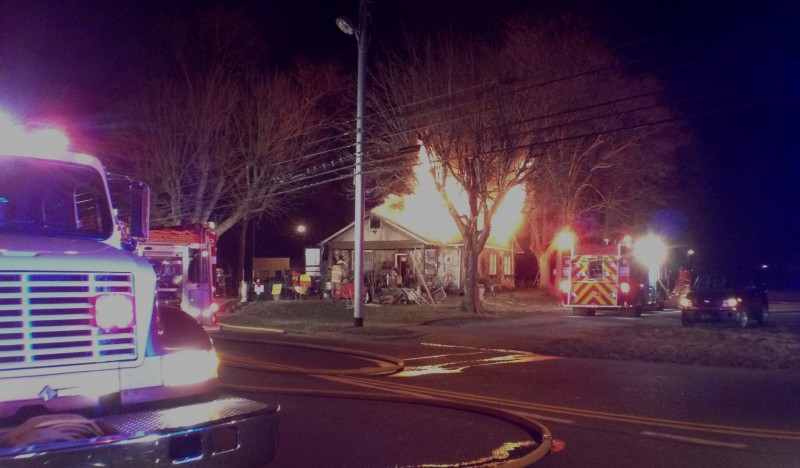 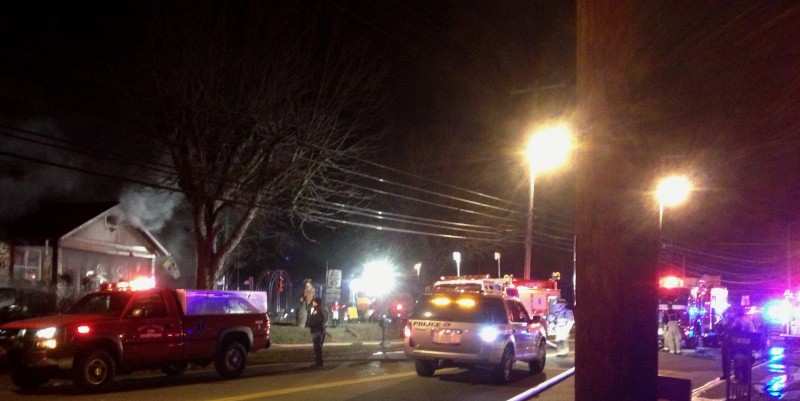