The driver pulled onto I24 East with Coopertown police behind him.

Police Pursuit Ends In Crash On I24 East Tuesday Night

I24 East was reduced to gridlock after a driver refused to stop for police on the Interstate, police say. It started as a routine traffic stop but according to Coopertown police, the driver decided to keep going.

Two Coopertown officers picked up the driver on Hwy49 heading towards I24 for what should have been a routine traffic stop. The driver pulled onto I24 East with Coopertown police behind him. With the help of some truckers, the two officers were able to identify the vehicle in the traffic several miles down I24 east. 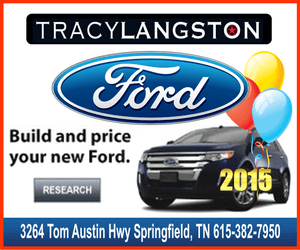 According to Coopertown Police Chief Shane Sullivan, the driver was driving erratically. The officers attempted a traffic stop on the interstate and at one point the driver did stop, right in the middle of the interstate, Sulivan said. “It was an attempt to get the officers to rear-end his vehicle.”

A short distance from the first stop the driver again stopped, this time the officers attempted to block the vehicle  but the driver fled again impacting the police vehicle, Sulivan said. After the impact police were able to apprehend the driver who is now in police custody.

The accident occurred in the middle of I24 East at the 28.6 mile marker. MAP The accident had both lanes of I24 East closed for about two hours while the accident was investigated by the Tennessee Highway Patrol and the vehicles were removed from the freeway.

A separate medical emergency had medics responding to a sick woman that was stuck in the gridlock so it was a busy night on I24.

The driver that failed to stop was transported to an area hospital for treatment of minor injuries but the two officers were not injured.