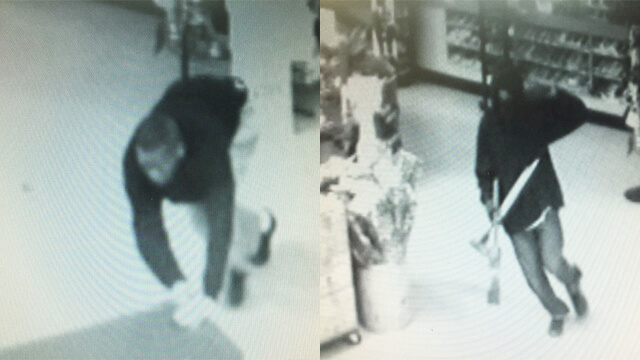 ROBERTSON COUNTY TENNESSEE: (Smokey Barn News) – Cross Plains, Millersville, White House and Metro police with the help of Millersville and Cross Plains Fire departments are all presently searching for an stolen ATM machine they believe was dumped along I-65 between Cross Plains and Millersville.

Along with the ATM machine, a handgun was also taken during the early-morning burglaries that included at least two separate locations, according to police. Police say, 45 minutes after burglarizing Sad Sam’s, the four suspects moved on to Cantrell Market in Goodlettsville where they attempted to steal another ATM. They failed to get the second ATM but did allegedly get away with a gun, according to Cross Plains Police Officer Logan Abernathy.

Surveillance footage showed the suspects inside Sad Sam’s for about two minutes before they put the ATM in the back of the pickup truck and drove away. 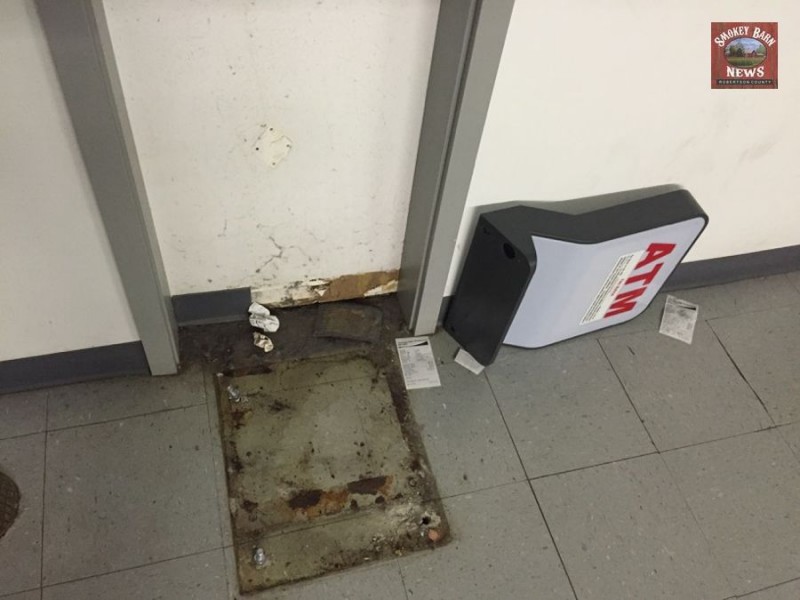 The four suspects were almost cornered at Cantrell Market where a police pursuit began. The suspects ditched their red Dodge Ram pickup truck on Hickory Chase Drive and fled on foot into a wooded area.

One of the suspects, a woman, identified as Kenaydra Quarnae Jackson 23 of Houston Texas, was captured in the pursuit and was taken into custody. The truck is registered to a woman in Houston, Texas and officers are trying to make a connection.

According to Yates the suspects had been in the Nashville area for several days and had run out of cash, allegedly promoting the decision to commit the burglaries. Authorities are also investigating the possibility that other crimes may have been committed by the four suspects between Nashville and Texas.

Police say the suspects went straight for the ATM after entering Sad Sam’s and had the machine unbolted from the floor in about 45 seconds. The Surveillance video showed that one of the suspects had a gun and another  gun (a 38 caliber pistol) was taken from Cantrell Market in Goodletsville.

The ATM was not in the back of the truck after the suspects dumped it on Hickory Chase Drive and police have been searching for it ever since. Police were told by the suspect in custody that the ATM was dumped along I-65. Police are assuming the story is true and at present are searching along the interstate.

Police say at least one of the suspects had red clay on his shoes when they entered Cantrell Market in Goodlettsville but not at the earlier burglary in Cross Plains. Somewhere between Cross Plains and Goodletsville the suspects picked up the red clay. Police say this could be a clue as to the location of the ATM.

The suspect in custody, Kenaydra Jackson, will be charged with burglary, theft and vandalism in Goodletsville. Cross Plains Police say she will be facing additional 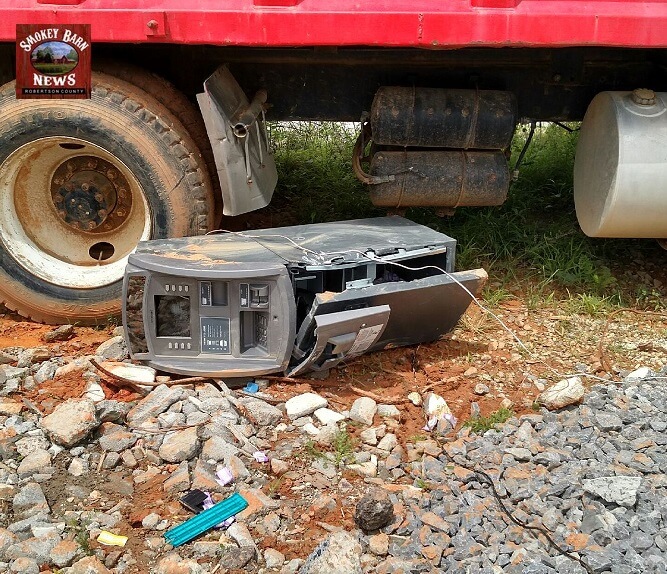 UPDATE 1:55pm: The ATM has been recovered on Cycle Ln near Bethel Rd in Millersville very near the Millersville fire department. Police tell Smokey that the ATM was compromised and the money was removed from the machine. According to police there was about $4,000 in the ATM.

The men are considered armed and dangerous. The investigation is ongoing. If you have any information regarding the theft you are urged to contact Cross Plains Police at (615) 654-2503 Crime Stoppers at 615-74-CRIME.