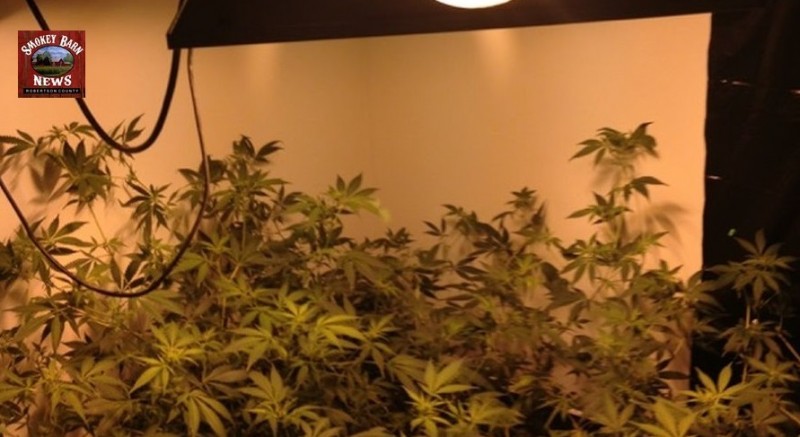 GREENBRIER TENNESSEE: (Smokey Barn News) – According to Greenbrier police, during the past month an investigation was conducted between the 18th Judicial District Drug Task Force and Greenbrier Police Department which resulted in obtaining information about a possible marijuana grow operation in the Greenbrier area.

On Monday June, 8, a search warrant was executed at a home located on Primrose Street in Greenbrier that led to the shutdown of an indoor marijuana grow operation.

The operation contained approximately 71 marijuana plants with a street value estimated to be between $70,000 and $75,000, according to Greenbrier Police Chief K.D. Smith.

The plants were ranging from 1 to 4 feet in height and positioned under grow lighting located inside the residence.

Chief Smith told Smokey Barn News on the phone today that the marijuana operation was set up last February, right after the family started renting the Primrose Street home.

The operation was contained to one room of the house, Chief Smith said. “They blocked off the windows and a black piece of plastic was draped from the ceiling to keep the heat in.

During the raid Police also seized drug paraphernalia, a newer-model Toyota Tacoma, and a rifle.

The search warrant led to the arrest of James C. Rodgers, 42 of Greenbrier. Mr. Rodgers was transported to the Robertson County Jail where charges were filed that include, Possession Drug Paraphernalia $6,000.00 bond, Unlawful Poss Weapon, $6,000.00 bond and Manufacture Controlled Substance $25,000.00.

Rodgers lived at the home with his wife and adult son. To date, they have not been charged in connection with the case.