SPRINGFIELD TENNESSEE: (Smokey Barn News) Two teen girls were hospitalized Monday morning after the vehicle they were driving left the roadway and impacted a tree. The accident occurred just before 9:30am on Lahr Rd in Springfield. (Location of accident)

While police were still on the scene investigating the accident, the grandmother of the of the 17 year old driver called 911 to report that the vehicle has been stolen, according to Springfield Police. 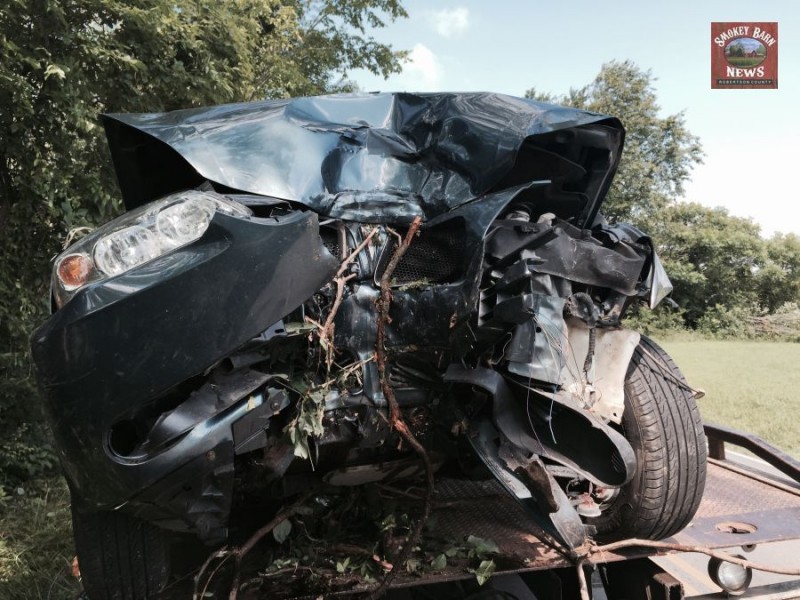 The vehicle sustained heavy damage and will likely be totaled. Airbag deployment and crumple-zone technology played a factor in preventing the teens from receiving more serious injuries.

According to Springfield police, the teens said they were going out for something to eat.

The driver will be facing charges of driving without a license and vehicle theft.

Police say that alcohol and drugs were not a factor in the accident.