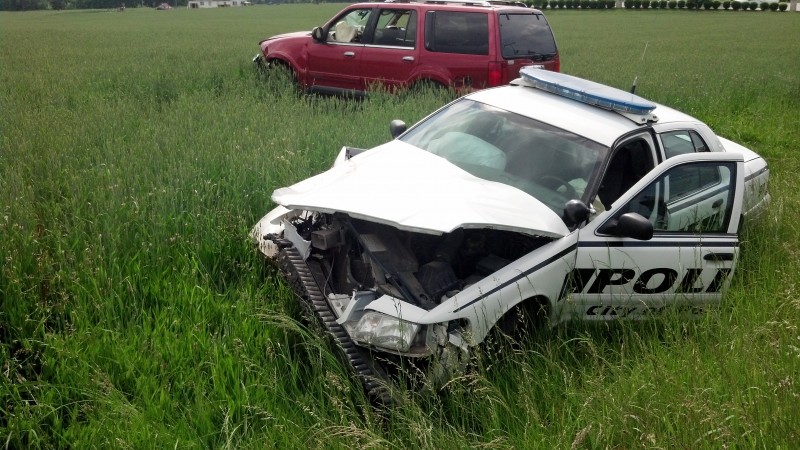 Shaun Tyson (a Portland police officer) is lucky to be alive after his car was rammed by fleeing suspect Mike Jordan 34.

According to police, the suspect Jordan was driving around, running cars off the road while children were being let out of school. Officer Tyson spotted the suspects vehicle on Highway 52 traveling East in excess of 65 to 70 miles per hour and took chase. Officer Tyson then used his patrol car as a deterrent to try to stop the suspect by parking at an angle in the road. Unfortunately the suspect hit the gas instead of slowing down or stopping and rammed Officer Tyson’s police cruiser. The suspect spun the vehicle around and hit the patrol car head-on with Officer Shaun Tyson inside 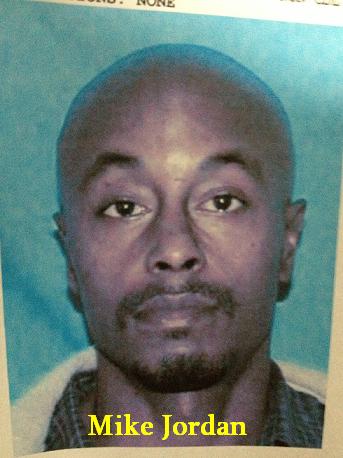 . Tyson is fine, however the police cruiser did not fair so well. According to Portland Police Chief Richard Smith, Jordan was waving what appeared to be a gun out the window (it turned out to be a spray painted Airsoft Pistol).

According to Chief Smith, after the crash, Jordan began drinking gasoline and pouring it on himself in hopes police would shoot him. Jordan was tasered instead and taken into custody.

According to Chief Smith, Jordan is being investigated in a rape case and told his family he wanted ‘death by cops’. Officer Shaun Tyson made a brave choice using his car as a blockade and probably saved lives in the process.

WSMV News 4 assisted Smokey with the facts of this story. 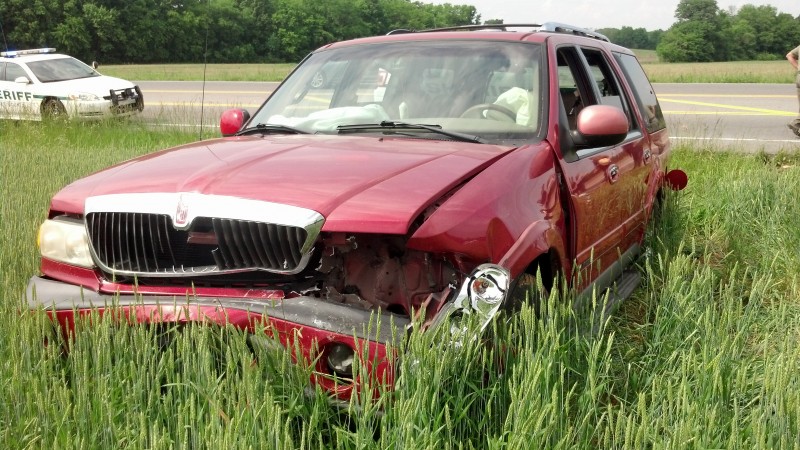 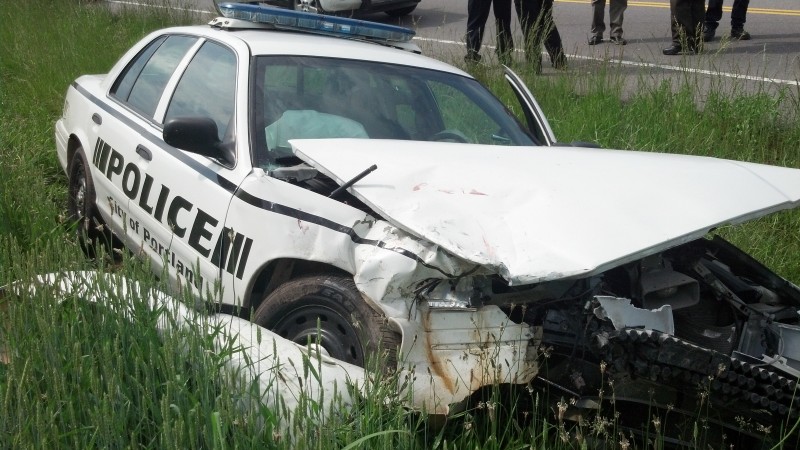 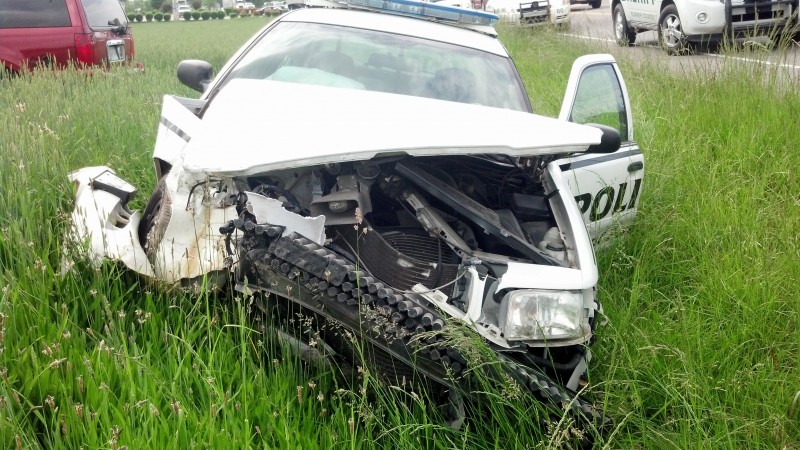