R.C. bus driver was taken into custody and charged with two counts of alleged rape

A Robertson County Schools bus driver was taken into custody Tuesday and charged with two counts of alleged rape, one Statutory Rape. Patrick Dale Pendleton, 27, of Springfield was arrested Tuesday and booked into the Robertson County Detention facility on a $100,000 bond. According to Springfield Police Chief  David Thompson, the alleged victim is a 16 year old male. 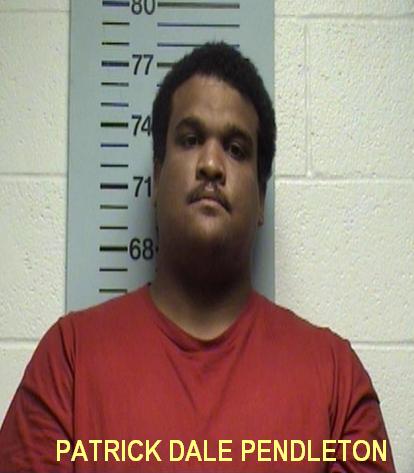 As of 1:00pm Pendleton had not bonded out of jail. Pendleton’s bond was originally set at $150,000 but according to Chief Thompson,  the bond was lowered to $100,000 Wednesday by a commissioner.

Robertson County School officials have acknowledged the arrest with a statement  that indicates that on Tuesday September 16, Robertson County Schools were notified that Pendleton was arrested on charges involving an underage person. According to the release, the employee was immediately suspended without pay pending the outcome of an investigation by the Springfield Police Department. School officials also indicated that they plan to fully cooperate with Police during the investigation.

According to Thompson, there were two alleged incidents with the same victim, one in Gallatin TN on a Robertson County school bus and the other in Springfield at Pendleton’s home.  After an investigation of the allegations, Springfield Police obtained a warrant and arrested Pendleton. The investigation was triggered by the boy’s mother who contacted police with concerns and alleged that her 16 year old child had been sexually assaulted.

According to Thompson, “there is no evidence at the moment that there were any additional victims but the investigation is ongoing.”

This is the second time Pendleton has faced charges while employed as a bus driver for Robertson County Schools. Back in November of 2013 Pendleton (26 at the time) faced charges after the bus he was driving struck a teacher as she walked to her car in the parking lot of Springfield Middle School.

Below is Smokey’s initial Video report on the accident, for the full report click here.

All suspects are innocent until proven guilty by a court of law.