Investigators further developed information that over the span of five months

The Tennessee Bureau of Investigation has obtained indictments for a hair salon manager accused of fraudulently using a customer’s credit card information. 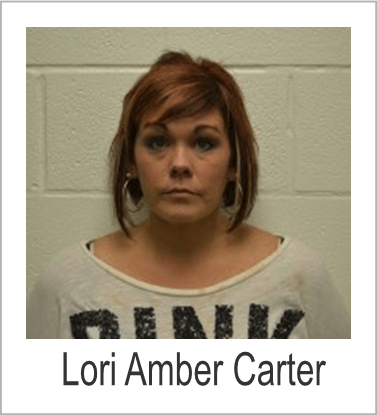 At the request of 19th District Attorney General John Carney, TBI Special Agents began investigating Lori Amber Carter on July 29th. According to Josh DeVine, Public Information Officer Tennessee Bureau of Investigation, the TBI was called in to do the investigation due to a potential “conflict of interest” with the D.A.’s office which is standard procedure.

On September 17th, the Robertson County Grand Jury returned indictments for the 36-year-old White House woman, charging her with Identity Theft and Fraudulent Use of Credit Card. Additionally, Carter faces a charge of Evading Arrest.

On Monday night, TBI Agents arrested her at a friend’s home. She was booked into the Robertson County Jail and later released after posting $8,250 bond.

The Salon is located at 1756 Lake Rd in Greenbrier. On April 20th of 2014 the business was sold to new owners and the name was changed to Royal Tease Salon And Spa. Smokey has reached out to the new owners for comment.