ROBERTSON COUNTY (Smokey Barn News) – The heavy rains over night have caused some flooding all across Robertson County.

According to the Emergency management Agency, Memorial Blvd at the fairgrounds is covered in water and TDOT has closed the road.

Pictured above, Hwy 431 North near Padfield Rd MAP was closed for several hours due to a traffic accident involving a tractor trailer and a pickup. According to officials there was pooling water on the roadway that may have played a factor in the crash. Officials tell Smokey Barn News that the two vehicles struck each other head-on, however no injuries were reported. The accident occurred around 1:45am.

We have reports of water over roadways, trees down and power outages all across the county. Several residents have reported flooding inside their homes and at least one resident told Smokey Barn News that access to their home was blocked due to flooding.

Robertson and Sumner County schools have announced that they will be closed for the day. MORE 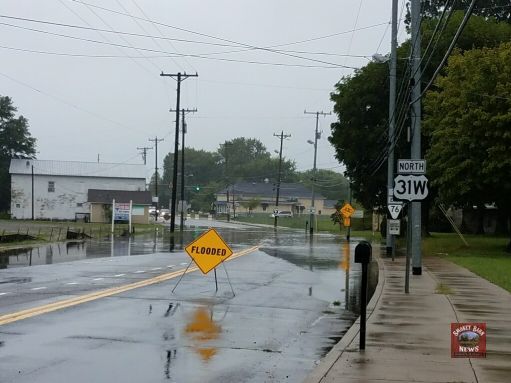 BELOW: Memorial Blvd at the Robertson County Fairgrounds. 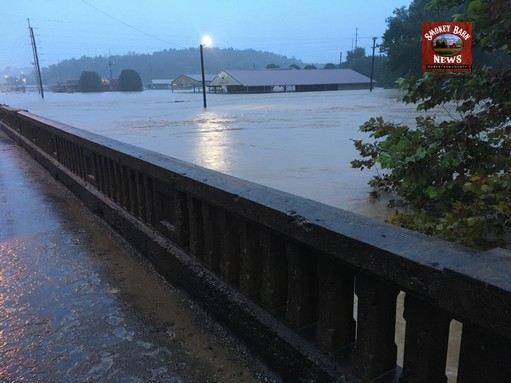 CPD and Mayor Guyor spent the night going door to door checking on citizens, responding to downed trees, placing barricades at flooded roadways and removing debris. Several people who attempted to pass through flooded areas were assisted safely out.

The photo below is at the bridge crossing at Lahr Rd in Springfield MAP. Eric Medley tells Smokey Barn News that the east side of the bridge is washed out and impassable. PHOTO Eric Medley 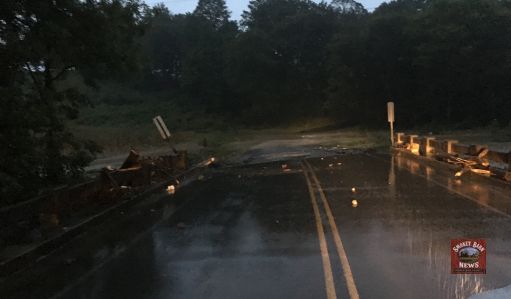 Please be careful the water is still up. We would like to remind people do not cross water over the road ways.

Millersville Fire along with Goodlettsville Fire, Sumner EMA Swift Water team, Sumner EMS, and Millersville Police help to evacuate a mobile home park and one of our camp grounds also had to rescue 2 from vehicles as well. Approximately 50-60 people had to be awoken and helped to get out. We just want to say thanks to all that came out and helped.