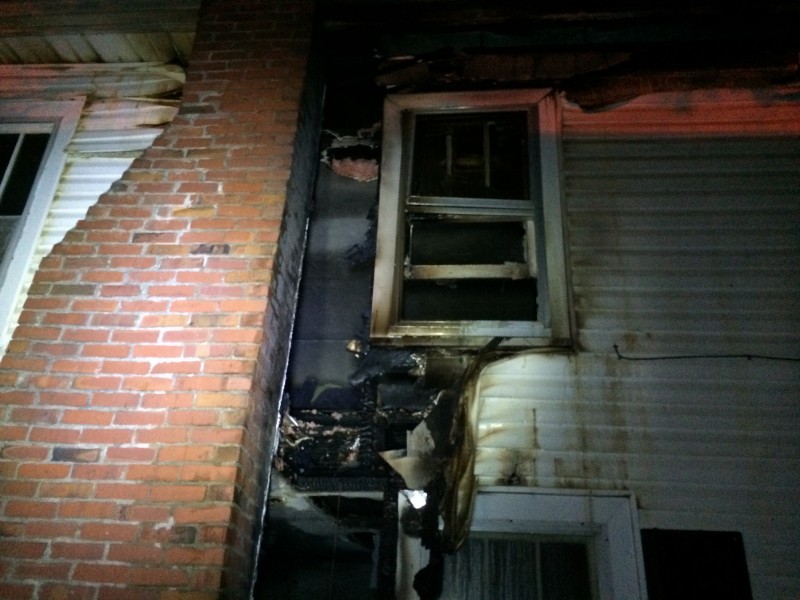 GREENBRIER TENNESSEE: (Smokey Barn News) – Around 9:15 Saturday evening Nikkie Page was at work when she received a call that her home was on fire. One can only imagine what goes through someone’s mind driving home after a call like that. Generally when you see a home fire in the news they use words like, lost or destroyed, however this time things were different.

Nikkie had a few things working in her favor, first, the Orlinda Fire department was not far away, Nikkie has a fire hydrant in her front yard and a very alert neighbor saw the fire early and wasted no time calling 911. 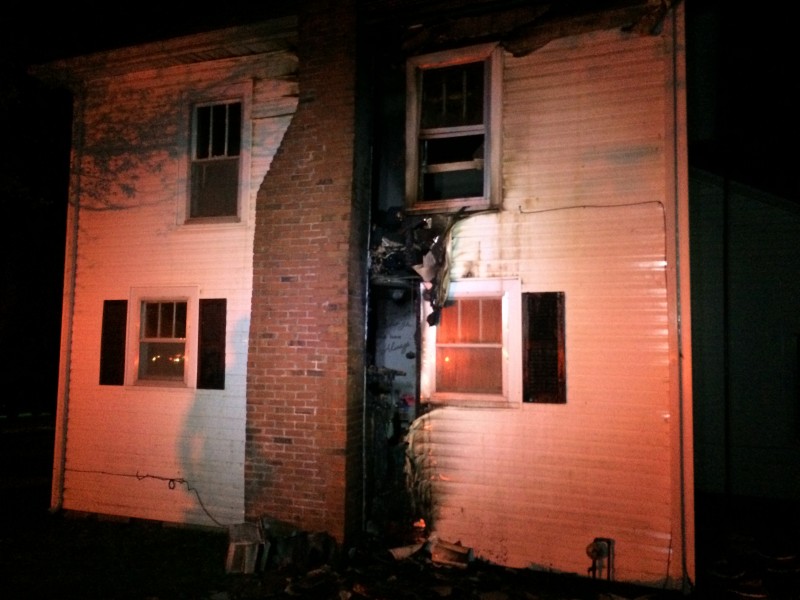 As we interviewed Dusty Johnson Sr, Chief of the Orlinda Fire department, we reached that part of the interview when we ask what percentage of the house was damaged. The Chief replied, “Oh, about 3%, it’s just that part you see there.”  3% is what any Firefighter would classify as a very good stop. There is some smoke damage and the house will need some repairs before it is livable but that’s a far cry from destroyed.

A reporting agency like Smokey sees a lot of accidents and fires, over time it becomes clear that Firefighters see saving a home from fire like a football player sees a touchdown. Our local Firefighters have had several great saves lately and their excitement is always easy to see. Saving a home like this one Saturday night must be a compensator for the times they have to deal with human tragedy. 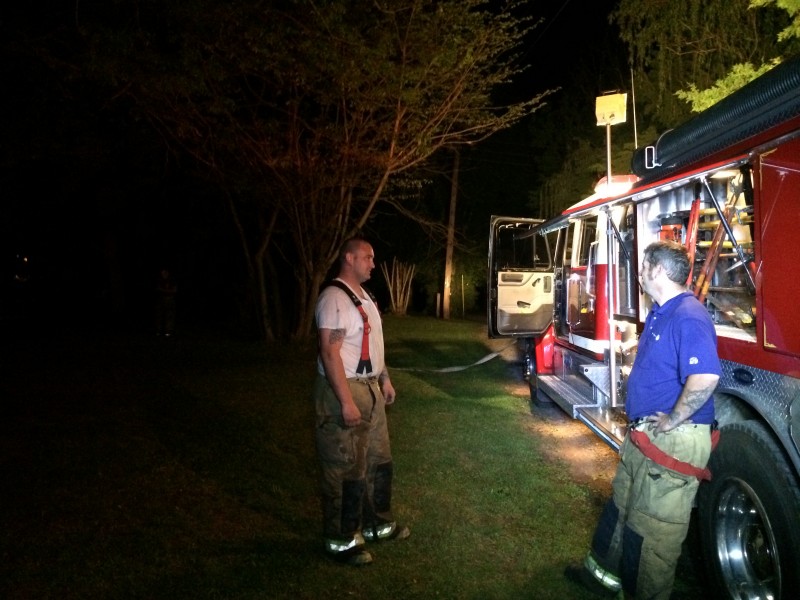 Shane and Nikkie Page told Smokey that they were very thankful to the Firefighters for saving their home.

The Page’s have 6 pets, 4 rats, a dog and a cat. Unfortunately the rats were right next to the fire and according to Chief Johnson 2 did not make it. The cat was pulled out and given oxygen and may survive. The dog was not at home at the time of the fire. 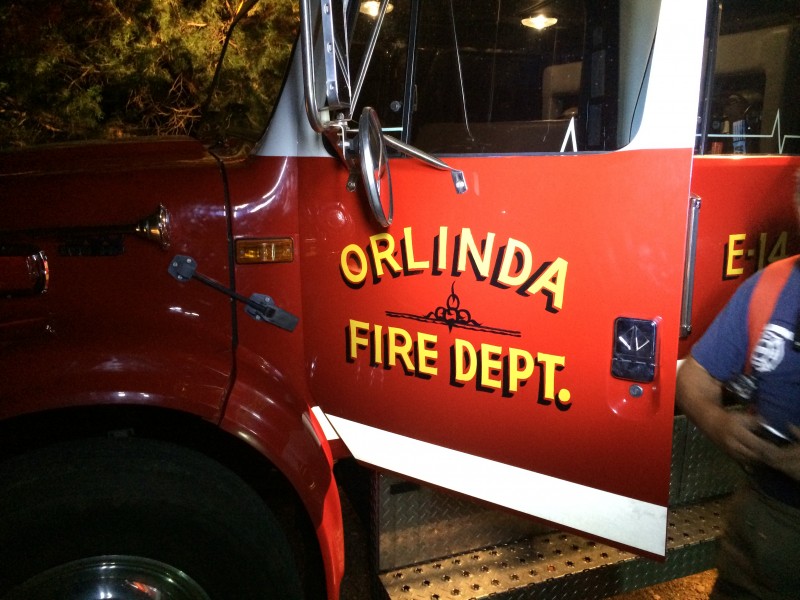 Chief Johnson said the call came in that the house was “fully involved.” In Firefighter terms “fully involved” means the home is a big ball of fire, so Chief Johnson called for assistance from Springfield. When fire crews first arrived at the structure they found that just one side of the home was on fire. The home is located on South Lamont Rd in the Orlinda area. Chief Johnson said, Firefighters arrived and “did a great job and knocked it down.”  The Chief said the cause of the fire may have been a heating pad but the investigation is ongoing. Chief Johnson credited being able to save the older home to the quick action of a neighbor who wasted no time calling 911. 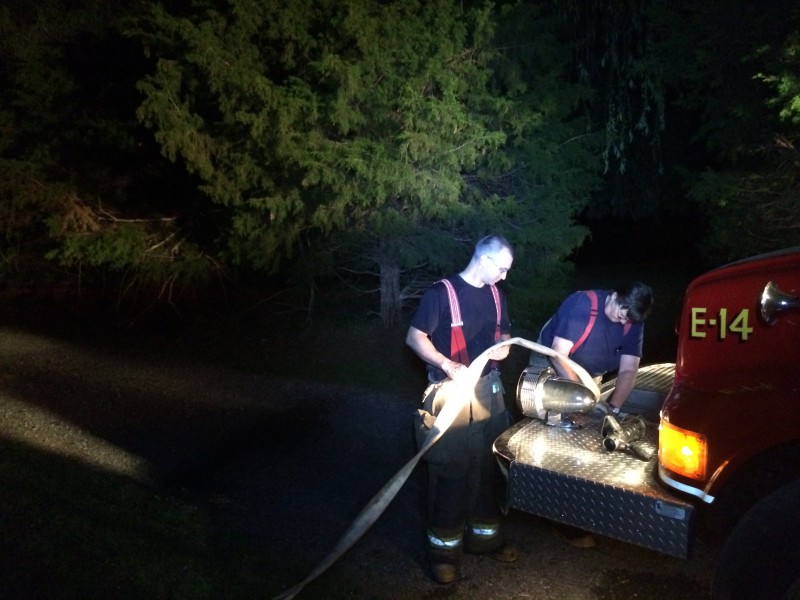 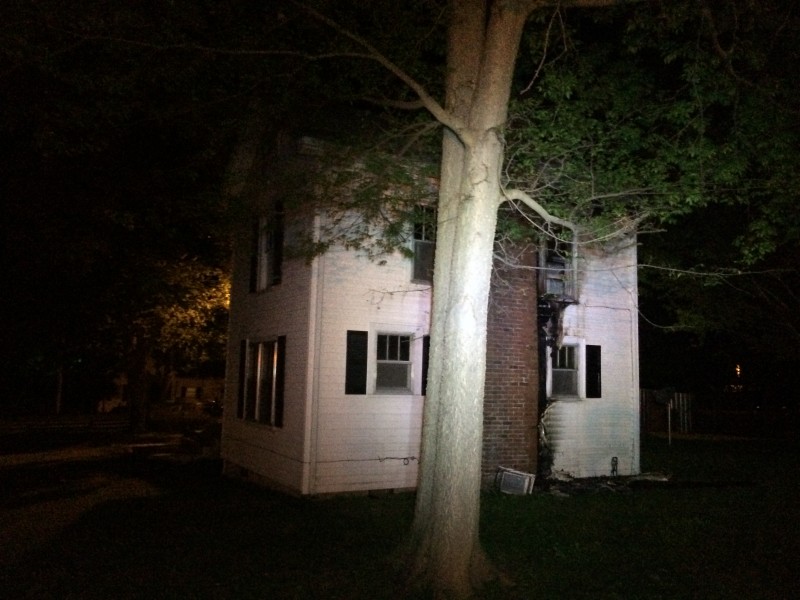