In a new plan (highlights of which) were just released today 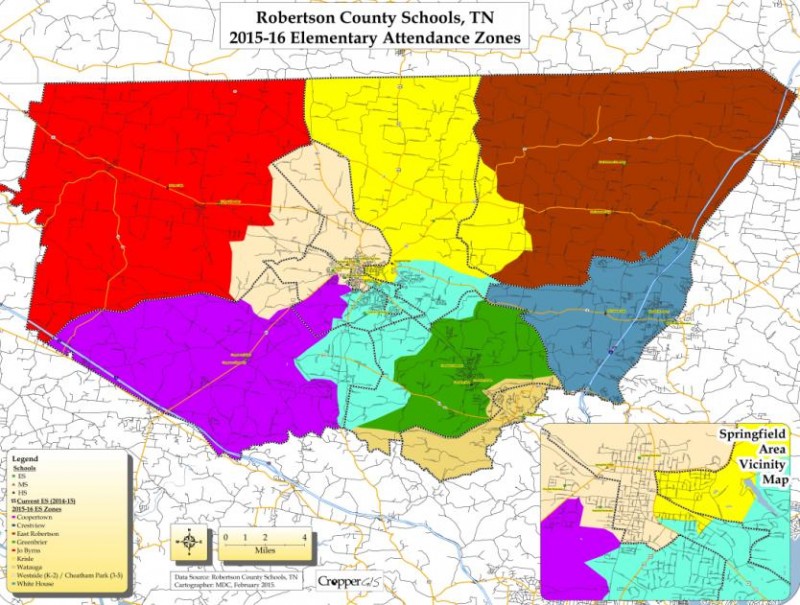 It looks as though the Robertson County Board of Education and the Department of Justice have come to (at least) some kind of agreement as they negotiate to rezone the entire county school district. In a new plan just released today, the rezoning will begin with just the elementary schools, middle and high schools will follow later.

On September 5, 2014 representatives of the United States Department of Justice notified the Robertson County School Board attorney that the department had completed its investigation into allegations that the Robertson County School District is discriminating on the basis of race through assignment practices, including failing to desegregate the District’s schools. The United States Department of Justice has determined, “…the District has yet to desegregate its schools and eliminate the vestiges of its prior segregated school system.”

The letter from the United States Department of Justice, along with the new settlement agreement,  and the current elementary schools RE-zoning map is currently available here on our website for the citizens of Robertson County to review.

You can read the full Settlement Agreement here but some highlights include:

Elementary students will be rezoned effective the 2015-2016 school year. The new zoning boundaries can be seen HERE.

Middle and high school students will continue to attend their current schools for the 2015-2016 school year, however, new attendance zones for these grade levels will be drawn and take effect for the 2016-2017 school year.