First responders had to extricate the single occupant from the vehicle, a 2010 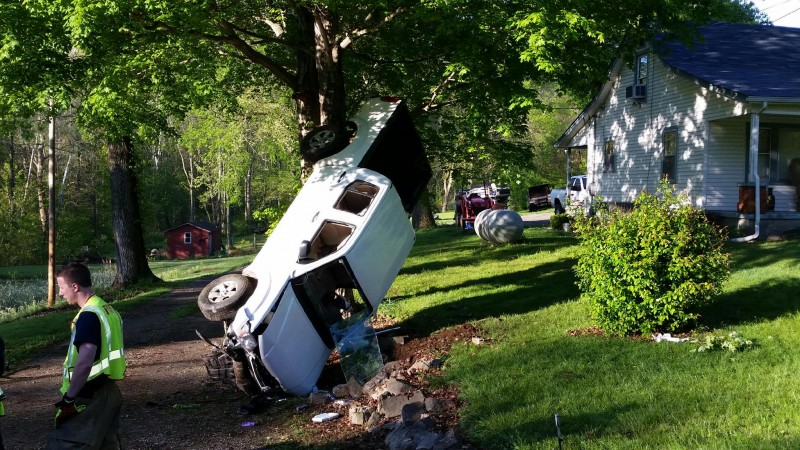 A pickup truck left the roadway this morning on Hwy 76 around 6:00am. The accident occurred at 6735 Hwy 76 East (half way between White House and Springfield) near Bethlehem Rd. Map link

First responders had to extricate the single occupant from the vehicle, a 2010 Nissan Frontier. Officials say the driver, Tommy Norris, 41, from Scottsville, KY,  was conscious and communicating with medics after the wreck.

At 6:22am Lifeflight was called and Norris was transported to Vanderbilt Medical Center in Nashville.

According to Lieutenant Bill Miller, PIO with the Tennessee Highway Patrol, the preliminary investigation indicates, the vehicle was traveling on Hwy 76 when the driver exited the roadway to the right. The driver then over-corrected to the left. The vehicle then crossed over the center line and exited the roadway to the left and then struck an embankment which caused the vehicles rear end to go up into the air. The vehicles rear end then was caught in a tree.

Hwy 76 was reduced to a crawl for about two hours while crews cleaned up the accident scene.

According to the THP, the driver will be facing charges of,  Due Care, DUI first offence and not wearing a Seat-belt.