Two minors (both males about 15 years old, one from Gallatin TN and the other with ties to Springfield TN) allegedly stole a vehicle, (the maroon Lexus pictured.) The two teens were on their 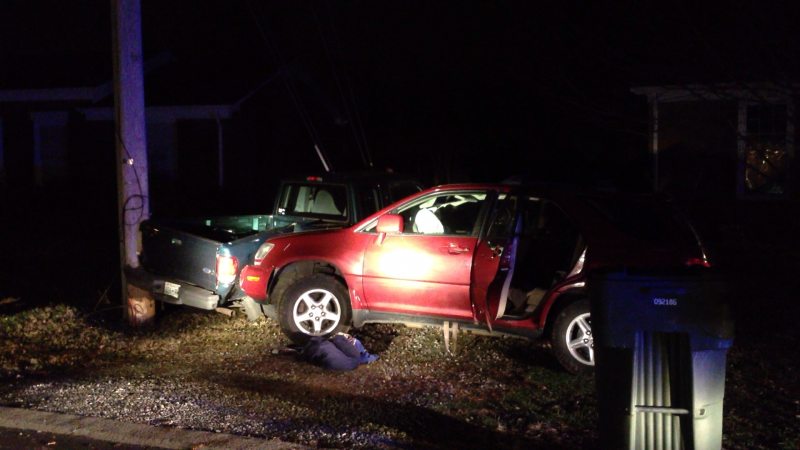 The quick eye of a Springfield officer around 3:00AM Friday morning put their plans to rest. There were several factors that may have helped Springfield PD to see the car. The description indicated that it would be two young 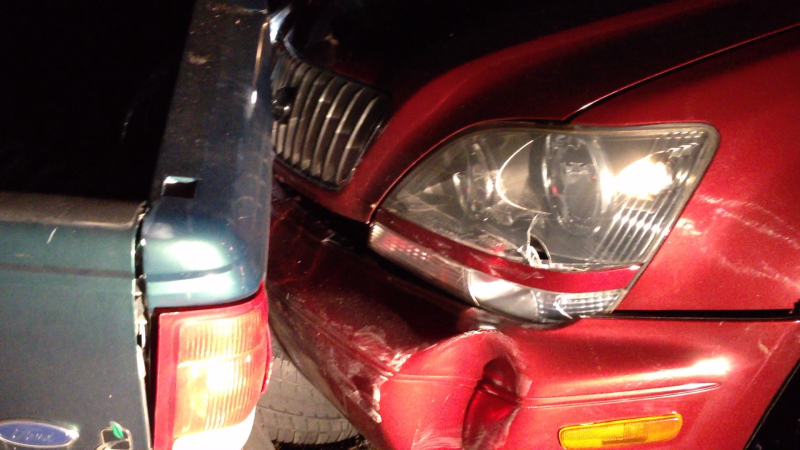 males in a maroon Lexus with temporary tags. Another wild stroke of luck was that the Lexus  had a headlight out which helped the car stand out even more, but as we understand it that was not part of the description of the vehicle.

Attempts by the Springfield PD to get the teens to pull over were ignored. A chase ensued for a short time. At one point during the chase the teen seemed to have gotten lost and ended up in the subdivision around Westwind Dr and Carls Place in Springfield or more generally, near 5th and Central. (Map to exact location of wreck) The speed that the teens were traveling made the sharp curve on Westwind Dr an impossibility and the Lexus veered off the road and struck a pickup truck sandwiching it against a utility pole.  Both airbags deployed but the teens 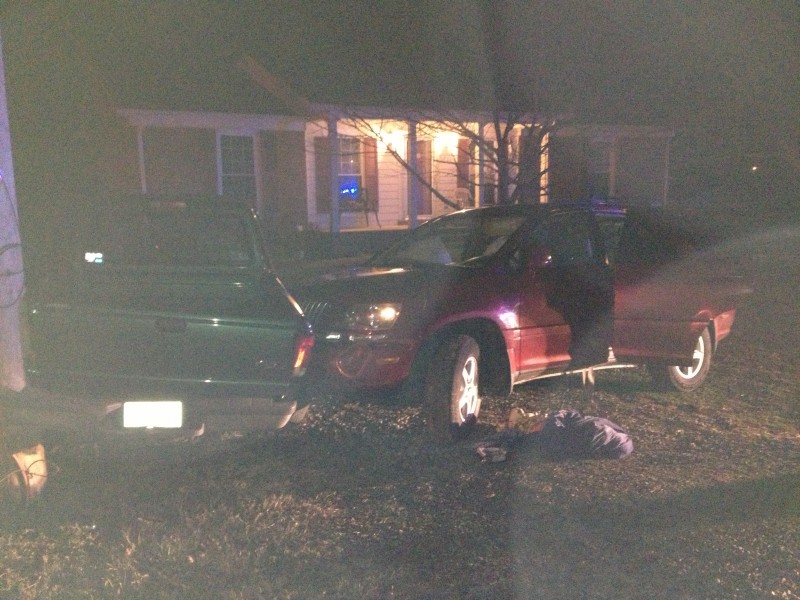 sustained only minor injuries and the police were able to bring the two teens into custody without incident.

As with any case involving a police pursuit by the Springfield police department it is their policy to have the Tennessee Highway Patrol handle the accident report. As soon as we receive it we will let you know if any new details emerge..

Additional Photos (Below) by Lionel Powell 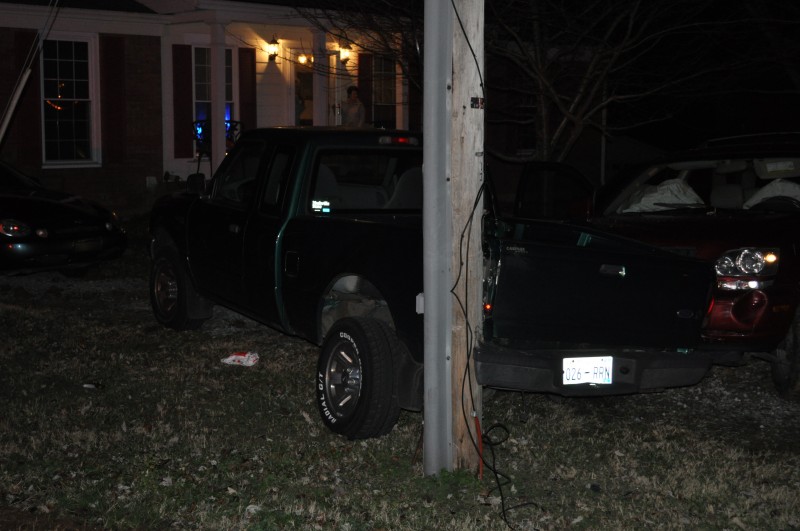 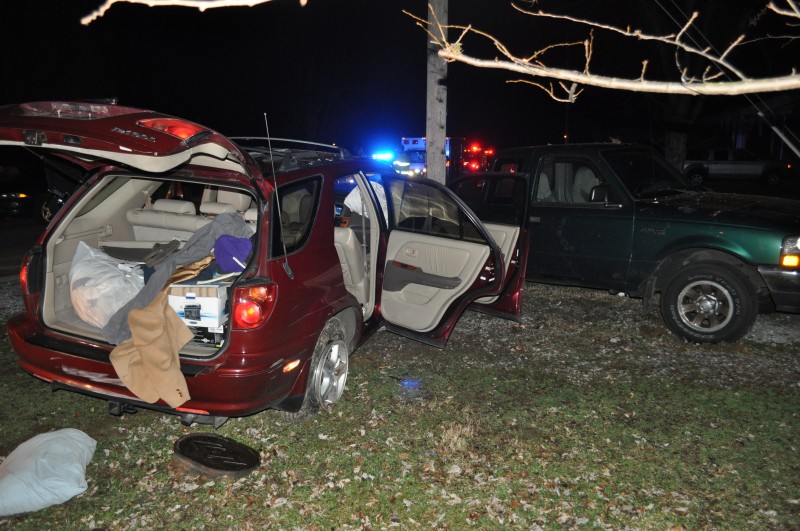 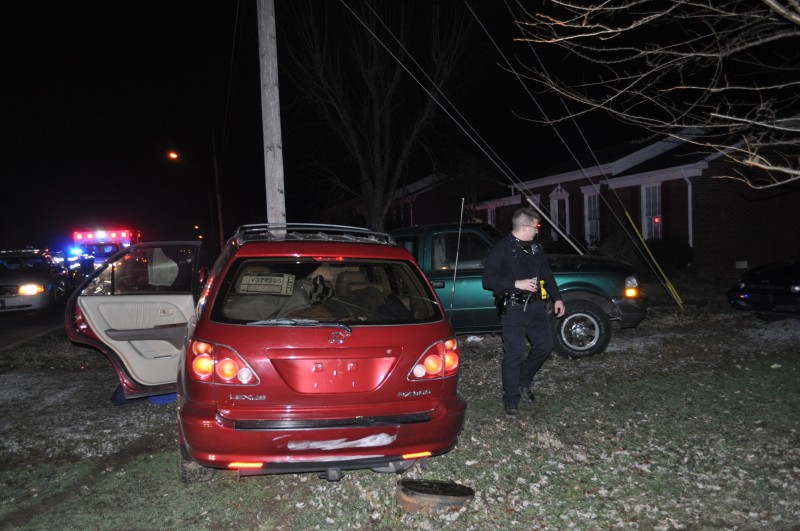