COTTONTOWN TENNESSEE: (Smokey Barn News) – A tractor-trailer hauling drywall and an SUV collided in Cottontown Monday causing heavy damage to both vehicles. The impact sent the tractor-trailer into a roll.

The crash occurred on Hwy 25 in Cottontown directly in front of the Cottontown Fire Department. Location of crash Officials described the crash as a t-bone type collision.

According to officials with the Cottontown Fire Department, though both drivers were transported to area hospitals, both sustained only minor injuries.  Officials said it was amazing that the occupants did not sustain more serious injuries. 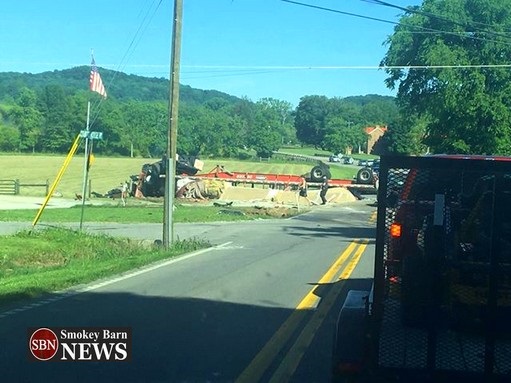