Farmerie was commissioned by the Customs House Museum in Clarksville back in 2009 for some undisclosed sum to do a photographic interpretation of the “Seven Deadly Sins”. The works stayed at the Customs House for a viewing and then were made available to other venues.

You may recall that Farmerie is the same artist that did another photographic interpretation on smokey barns,  (tobacco industry) right here in Robertson County. Jay Preston Swafford of Springfield who is involved in many local projects  that bring art and culture into Robertson County was able to convince Farmerie to redirect the collection over to Robertson County as it makes its way across the country.

Farmerie said finding a model for the collection was a big challenge. He was looking to convey -not only beauty -but also strong intelligence in his work. He said he had interviewed around a hundred models before finding the right match. Farmerie doesn’t just take a photo like the rest of us, he laments over every pixel like it was a deep personal family friend to whom he cherishes greatly. Mirroring the original works of Ponticus, Farmerie brought back the eighth sin, there’s just one catch, you have to decide what the Eighth Sin is yourself based on the art. Farmerie said he has received many, (perhaps hundreds) of interpretations on the “Eighth Sin” but so far,  no two have been the same.

At any rate, if you would like to see his interpretation of the “Seven Deadly Sins” his work is available for viewing at the Springfield Inn located near downtown Springfield TN until they continue their journey across the nation. 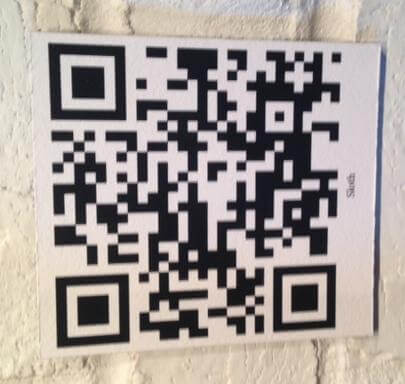 If you would like a private one-on-one video presentation by Farmerie on each of his eight works (whether he’s at the exhibit or not) and you have a cell phone, then download a Q-R Code reader (easily available for most smart phones and mobile devices) and aim it at the funny looking squiggly line thing (pictured right) next to each of the works and enjoy Farmerie’s breakdown on each work as you are viewing it.

Just a bit of a warning: The artwork could be interpreted as racy by some. If you are a strong conservative you may find Farmerie’s work a bit much.