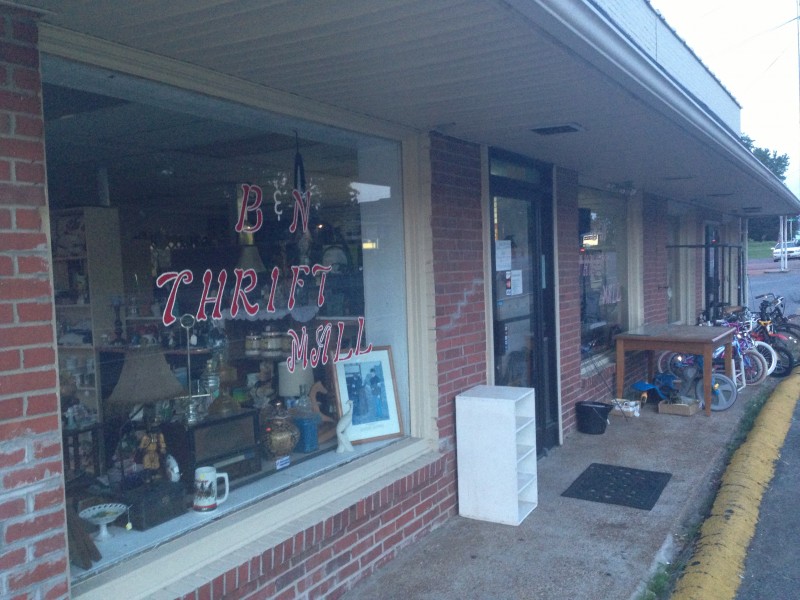 About a year ago Gary White bought a business in Greenbrier located on Hwy 41 N. Between W. College and E.South St. The business is a thrift mall, White rents out space to other vendors.  Today he received some unusual news from police, he’s not allowed to go near his business because it’s less then a thousand feet from a school, White is a convicted sex offender.  The structure the business operates in is about 800 feet (according to police) from Greenbrier Middle School, and by law White is not allowed to work within 1000 feet of a school.

According to Greenbrier Mayor Billy Wilson, calls started coming in from local residents about Mr. White and the proximity of his business to the school several weeks ago. According to Mayor Wilson, Wednesday around 1:00pm White was arrested at his business and taken to the Robertson County Detention Facility in Springfield and was being held on a 5K bond according to Mayor Wilson.  White was charged with allegedly violating the sex offender registry.

According to Mayor Wilson, Mr White said that he wasn’t aware of the situation. A source told Smokey that a family member may step in to run the business that (by law) Mr White himself can no longer enter.

Registered sex offenders are not allowed (by law) to operate a business or live within a one thousand feet of a school or child day care facility in Tennessee. (Source-TBI-/page 24) According to Mayor Wilson, White has been running the business for over a year.

Local Greenbrier resident Carolyn Goodwin said “People move in and out of communities so much you don’t know what’s next to you, or who.  My grandchildren have frequented that thrift-mall many times” she said.

The sex offender registry states that White was convicted of  “attempted aggravated sexual battery” in April of 1992.  No other info was available.