Shooting Victim Dropped off At NorthCrest

A Springfield man is in surgery this evening after being shot this afternoon. Around 2:25PM Tuesday a man showed up at NorthCrest Medical Center in Springfield with a gunshot wound to the abdomen. The man was dropped off by a friend, according to Springfield Police. By law, hospitals have to contact police when someone seeks treatment for gunshot injuries. 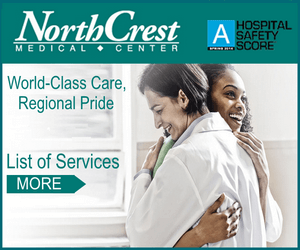 Police arrived to find that the victim, 18 year old Jordan Barbee of Springfield, had indeed been shot in the abdomen.

According to police,  Barbee indicated that he didn’t see who shot him.

According to an official police report obtained by Smokey Barn News, Mr. Barbee told Detectives that he had been walking on 8th Ave East between Josephine St and S. Mabel St. when the shooting took place. (Alledged Shooting Location) Mr. Barbee told Detectives that he did not see who shot him and that a friend had stopped and picked him up in a car and transported him to the hospital.

The report went on to say that detectives are finding discrepancies in the account of events.  “If we learn that Mr. Barbee was the victim of a crime we will arrest the person or persons responsible. If we discover that the incident occurred in a manner different than Mr. Barbee reported, he could be charged with filing a false report, which is a class D felony,” Detective Madison Burnett said.

Barbee was airlifted to Vanderbilt Medical Center in Nashville. Specifics about his condition were not immediately available.

After reviewing the evidence, Springfield Police now believe that the gunshot wound Barbee received was accidental, according to Springfield Police Chief David Thompson. Thompson says, they will be presenting evidence to the D.A. that they believe indicates Barbee accidentally shot himself.

Chief Thompson indicated that Barbee is expected to recover, once he is released from the hospital he will be charged with filing a false police report which is a class D felony.

The incident is still under investigation.