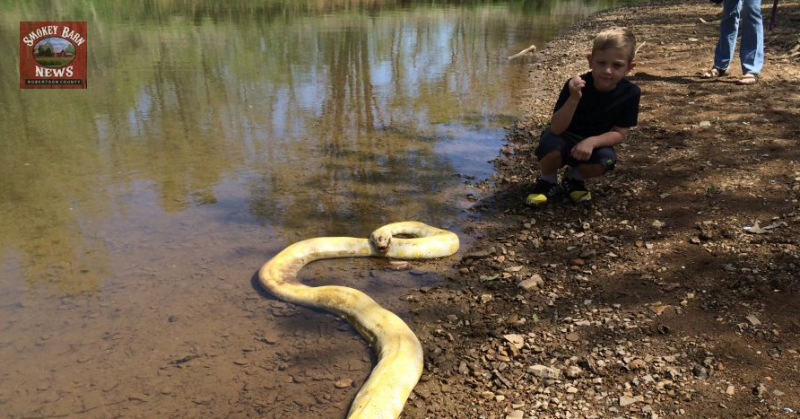 Linda Fleenor of Springfield took her grandson Braxdon Bjork of Greenbrier to the Greenway behind Garner Park. After arriving at the park Braxdon began to explore Sulphur Creek which runs along the Greenway.. 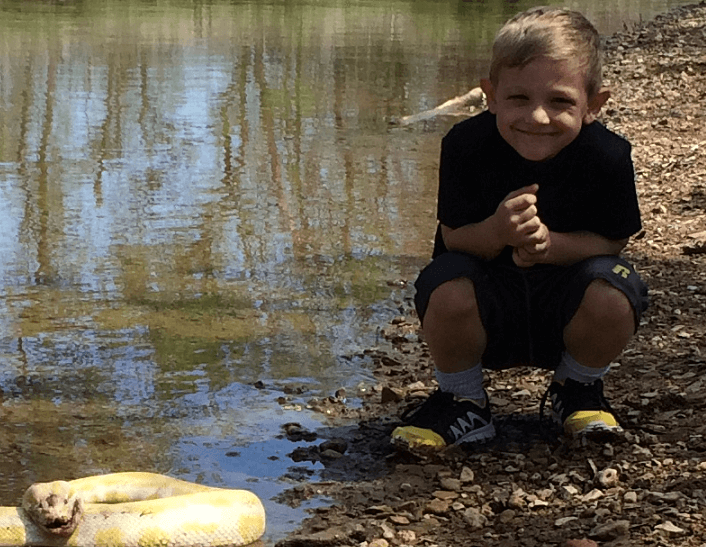 After looking around for a while Braxdon (who will be 6 on Monday) noticed a big (very big) bright yellow Boa Constrictor at the edge of the creek,  luckily for Braxdon the snake (measuring over ten feet in length) was dead. The snake appeared to have a full belly so perhaps he ate something that didn’t agree with him.

“We hike all the time,” Linda said. “Ya, every Sunday,” Braxdon added. Braxdon said the large snake startled him at first so we went to get Grandma. One look at the snake and Grandma knew it didn’t belong there. Linda made a few calls to officials but being a Sunday everything was closed so she called Smokey.

As far as the type of snake, Robert Moore of Springfield came forward and claimed that the snake was his. Moore told Smokey the snake was an albino Burmese Python and his name was Lestat. Moore said  he has owned the the snake for six years.

Moore said the snake had become ill about three months ago and finally died in his arms on Easter Sunday. Moore said he released the snake in the creek because he took the snake there often. “I didn’t mean to freak everybody out, in hind sight I guess I should have buried it, Moore said.”

If you are an “official” and you feel the need to examine the snake, we have marked it’s location on this map. See photo album below. For Smokey’s video report click here. 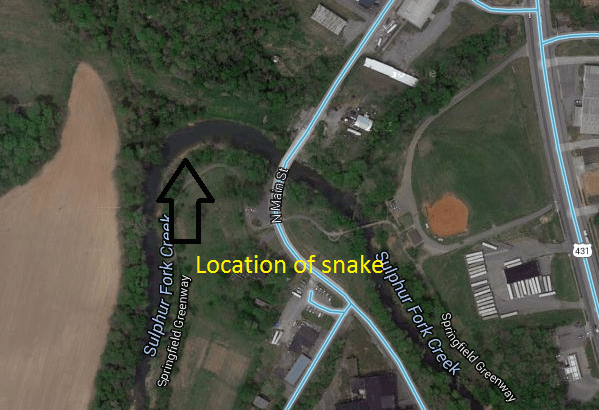