A bar located right on the Tennessee (Springfield) and Kentucky state line has won a year long fight to allow pole dancing.

You may recall Smokey broke this story back on March 5, 2012. (original story), and now it seems the fight is over and we have a winner. The Tenn-Tucky State Line Tavern located at 13773 Nashville Rd Adairville KY has won a year long battle to allow pole dancing on the Kentucky side of the bar. 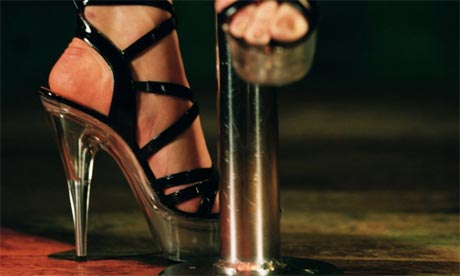 Smokey spoke to the owner of State Line Tavern Sheila Haley on Saturday and she said; “I think the ruling finally came through like it should have in the first place. It was a long hard fight but I definitely think it will help my business. It’s just a situation where I need to take a couple of weeks and get everything lined up and schedule a grand opening.“

Smokey also spoke to Haley’s attorney, Alan Simpson at his home in Bowling Green. “We feel vindicated by the decision. It’s always nice to take a position in a case that you know is right, and to have Judge Gill make the ruling in her favor vindicates her and her business model. It’s always good when the constitution wins out over the whim of a particular individual. “

The only contingency to the permit is that it prohibits drinking on the Kentucky side of the bar.

Simpson also says his client is mulling over appealing the prohibition, but the Kentucky side has never offered liquor. Haley would just like to be free to acquire a liquor license at some point in the future without saying goodbye to the pole.

The interesting part of this story is that if  Sheila moved her bar 30 feet north she would lose her liquor, and if she moved it 30 feet south she would lose her pole.  Additionally, the name of the Judge-Executive assigned to issue the permit for the pole dancing was Logan Chick. It’s a strange world we live in.