After several months of investigation by the Springfield Police Department, a Springfield couple have been indicted by the Robertson County Grand Jury. 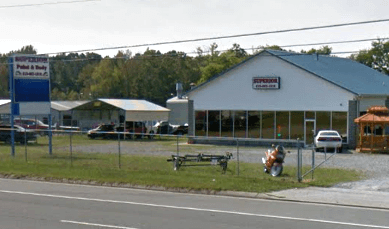 Amanda Collins Morrison, 38, of Springfield and Melvin “Jody” Morrison, 41 of Springfield were arrested on the indictment back on November 26, 2014 with a $15,000 bond but the investigation has continued.  Police allege that the Morrison’s gathered several vehicles in Tennessee and Kentucky from auto auctions and then sold them from their business, Superior Automotive located at 3366 Highway 41 South in Springfield.

“The innocent owners cannot register their vehicles because the auto auctions houses will not give them the titles because they have not been paid by the Morrison’s,” according to a press release obtained by Smokey Barn News.

According to Police, they continue to receive complaints concerning this business and their business practices.  Police are still collecting evidence in this case and say more charges are likely. If anyone believes they have been defrauded in this manner by this business they are urged to contact Det. Chuck Bogle at (615) 384-8422

If you believe you have been wronged by improper business practices in the purchase of any vehicle, you may contact the Tennessee Motor Vehicle Commission, Attorney General’s consumer protection division or the Division of Consumer Affairs at the Department of Commerce and Insurance..