SPRINGFIELD TENNESSEE: (Smokey Barn News) – A home located in the historic district of Springfield is a total loss after a fire that started at the home some time just before midnight Saturday evening.

The home is located on Main St near the intersection of 1st Street. (Location of home) 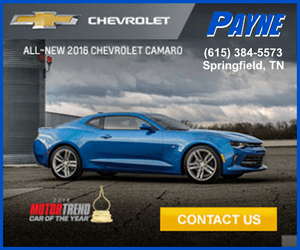 According to Springfield Fire Chief Jimmy Hamill, the home was not occupied but he wasn’t ruling out the possibility that someone could have been inside the home. It will take at least several hours to make the determination if someone was trapped inside the home, Hamill said.

As far as a possible cause, Chief Hamill stopped short of saying the fire was under investigation. Chief Hamill told Smokey Barn News that based on information he received from a neighbor they will be looking into the possibility of arson as a cause. The neighbor reported seeing a group of young people behaving suspiciously just after the fire started, Hamill said.

When firefighters arrived the home was already engulfed in flames and the home next door was in danger. Firefighters were able to arrest the fire and save the neighboring home but it did sustain enough damage that it may need repairs before it is livable again.

This is a developing story, as more information becomes available we will bring it to you.

UPDATE: 11:30 a.m. Sunday –  According to Fire Chief Jimmy Hamill the fire has officially been labeled as suspicious and the State Fire Marshals Office has been called in to assist in the investigate.