SPRINGFIELD TENNESSEE: (Smokey Barn News) – Back in July of 2011 the Tennessee Bureau of Investigation added Springfield murder suspect Thomas Lamont Dowlen to its Top Ten Most Wanted list.  Dowlen, was wanted by Springfield Police on one count of criminal homicide and two counts of aggravated assault after the shooting of  Candice Owens of Greenbrier.  Owens, mother of two and just 28 at the time of the murder, was born in Robertson County and had worked as a clerk at the Springfield Inn.The shooting happened at 109 12th Avenue East on the afternoon of June 30, 2011 according to a WKRN News 2 report. The victim, Candice Owens, died after being shot multiple times, first in the legs and then in the torso, according to Springfield police Detective Rickie Morris.According to a news 2 report, Dowlen had a lengthy history of violence and arrests dating back to 1997 that included resisting arrest, felony possession of a handgun, possession of stolen property, failure to appear, aggravated assault, reckless endangerment and driving on a suspended license.By September of that same year Dowlen was captured in Georgia and he’s been in custody ever since, according to Detective Morris. Dowlen was located at a business on Dean’s Bridge Road in Augusta, GA. 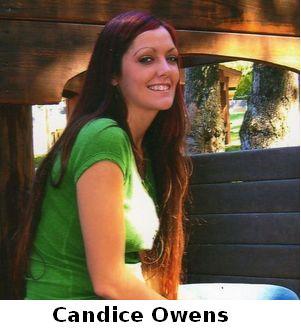 The trial started Monday morning and today the case against Dowlen was presented to the jury. The jury started deliberating around 10:30 this morning, and by 11:40am they had made a decision, guilty. Dowlen was found guilty of 1st Degree Premeditated Murder and sentenced to Life.
Smokey spoke to the Springfield Detective that worked the case, Rickie Morris. Morris said “Justice was served, and I’m appreciative of all the hard work everyone did assisting us, especially D.A. Jason White, and the jury. I feel some satisfaction for the family, though I know Dowlen’s conviction will not bring Candice back it might bring her family some closure but I’m not happy. I’ll be happy when people stop killing each other around here.”
According to Morris, Candice Owens’ brother had punched Dowlen in the face behind a tobacco store on Central Ave and Dowlen later came looking for him. Dowlen came upon Candice at a home on 12th Avenue East in Springfield, the two exchanged words and… “Dowlen shot Candice’s legs out from under her and when she fell, Dowlen walked up on her and shot the rest of the bullets into her body.”