UPDATE: Sandy Duke has died from his injuries.

Upon arrival, deputies spoke with the victim who advised that someone had come into his house, tied him up, and then stole some items including weapons and the victim’s vehicle.

Deputies determined that the suspect involved was Sandy Joe Duke, who the sheriff’s office had been searching last week for charges stemming out of Springfield.

The investigation led detectives to determine that Duke was located at an address in Nashville. The Metro Nashville Police Department dispatched units to the address. Upon those officers’ arrival, Duke confronted officers with a weapon and Duke was shot by Metro PD.

According to Metro Police,  today in Robertson County there was a home invasion in which a senior citizen was tied up. The suspect then stole a shotgun, pistol, a cell phone, money, clothing, food and the keys to a white SUV.

The Robertson County sheriffs office was able to track the cell phone to a Metro Nashville address. Metro police were dispatched to a parking lot on Dickerson Pike and Donald Street.

According to Metro Police, officers approached the suspect who was outside the vehicle at the time. Officers commanded him to stop. The suspect then ran down and embankment to a gravel lot behind the buildings. The officers were commanding the suspect to stop, instead of doing so the suspect turned towards them with pistol in hand.

When the suspect turned toward the officers with the gun Officer Wesley McClellan fired on him and the suspect was hit.

Officers provided medical attention to the gunman and he was transported to skyline medical center for treatment, he was later pronounced dead.

The victim on Hancock Road in Springfield is innocent and unknown to the suspect, police say.  These people did not know him.  The suspect apparently waited for family members to leave.  It appears he likely did not know there was an individual still inside.

Officer McClellan is 27 years old and is a four year veteran of the Nashville police department.  The officer is now on routine administrative assignment while the shooting investigation takes place.

According to Metro Police, the gunman is a convicted felon and was released from the state prison system in September of 2014 after serving time for convictions of aggravated kidnapping,  aggravated burglary,  robbery and felony theft.

SPRINGFIELD TENNESSEE: (Smokey Barn News) – The Robertson County Sheriff’s office with help from a THP air unit are currently searching for a suspect who is alleged to have violated his bond conditions.

We are waiting on officials with the Robertson County Sheriff’s Office to release a statement this morning but we believe the lock-downs will be lifted today.

UPDATE 3:52PM: “We are concluding the search for now. We will continue to keep the area saturated with patrols. If anyone sees anything suspicious or has any information on Sandy Duke, please call Central Dispatch at (615) 384-4911,” Robertson County Sheriff’s Office.

UPDATE 1:45PM: Officials tell Smokey Barn News that if the suspect is not in custody by the time school lets out, sheriff’s deputies will be posted at both schools as a simple precaution. The departure of schools is not anticipated to be affected in any way, Martin said.

The manhunt was triggered when Mr. Josh England of Freebird Bonding Bail Bonds Service received a tip from a passerby as to the location of the suspect, Sandy Duke, 43, of Adams, who was on foot. Mr. England told Smokey Barn News that he was able to make eyes on the suspect and that’s when he called the Robertson County Sheriff’s Office for assistance.

Duke has been on the run from law enforcement for the past 18-24 hours, according to officials. He was last seen wearing a white tank top t-shirt and khaki shorts. 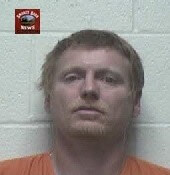 “Our search is concentrated around Highway 49 and Wilks Road,” said Ryan Martin, PIO with the Robertson County Sheriff’s Office. MAP

The Tennessee Highway Patrol is assisting in the search by helicopter, Martin said..

The Sheriff’s office has asked that Krisle Elementary and Springfield High School be placed on a soft lock as a precaution.

According to the Robertson County’s jail website, the suspect is facing charges of Aggravated Burglary, Forgery, Theft Of Property, Worthless Checks, Harassment. He was released Monday morning Sept.13, 2016.

“While we do NOT believe that citizens or students are in any immediate danger,  the Sheriff’s office is asking that if you see this person or any suspicious activity, do not approach and call Central Dispatch at 615-384-4911,” Martin said. 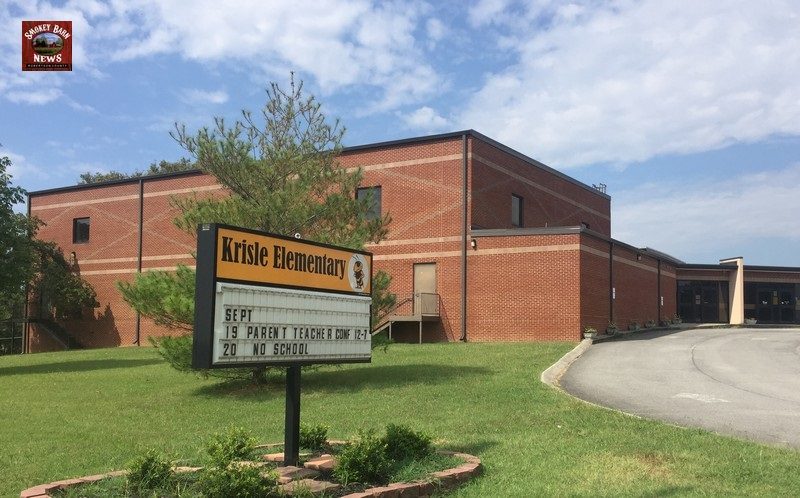 September 14, 2016 – This morning on advice of the RCSO, SHS and KES were placed on soft lock-down status as a precaution while the sheriff’s office searched for a fugitive believed to be in the area on foot.

The person being sought is believed to be unarmed and no immediate threat is perceived.

A soft lock-down allows regular classroom activity to continue in school while keeping all exterior doors locked with no unauthorized entrance or exit allowed.

This search is ongoing and the lock-down status will continue until clearance is given by the sheriff’s office. Parents will receive a second all-call informing you of the lock-down release when it occurs.