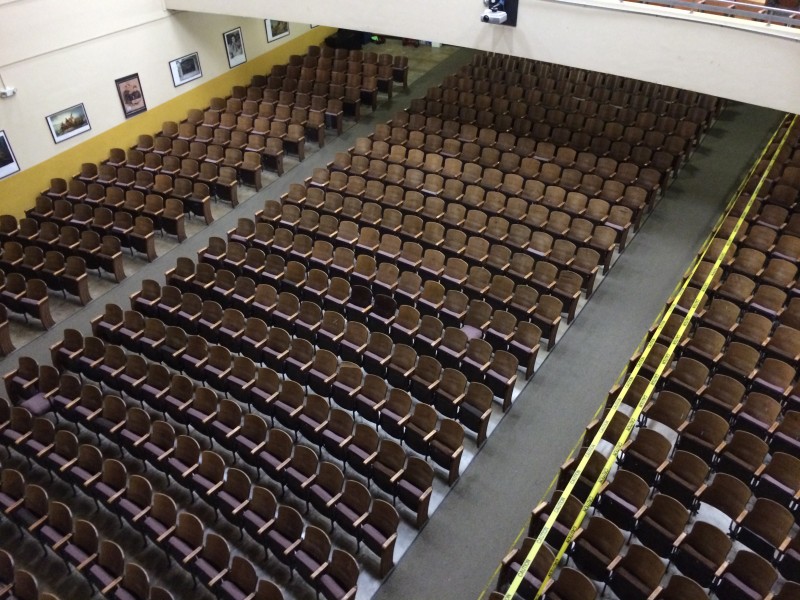 If you recall it was just a few weeks ago that Smokey brought you the story about the Fire Marshal closing the 800-seat auditorium at Springfield Middle School due to concerns about wiring, seating and exit routes. Click here for the full story.  After the initial report it was presumed that the theater would not be available, perhaps until next year. However after a careful look at the report from the Fire Marshal (and a slight revision of plans) the theater is ready to open pending a final inspection. 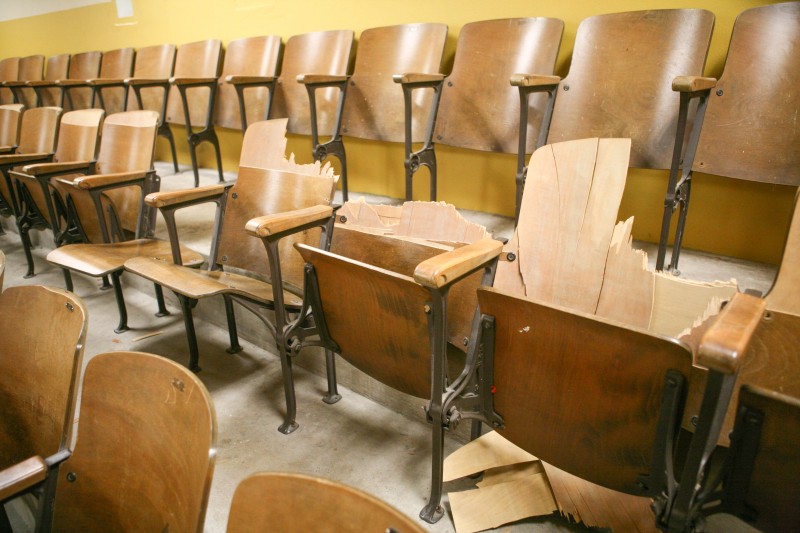 What the school did essentially is go after the requirements placed on the structure by the Fire Marshal and hold off on the full restoration of the auditorium. The requirements were not as bad as everyone thought after a thorough examination. In fact, all the repairs needed were accomplished with internal resources. Though county school officials still have big plans to restore the auditorium to its original glory, at the moment,  it will be available for its intended purpose, school and community functions. 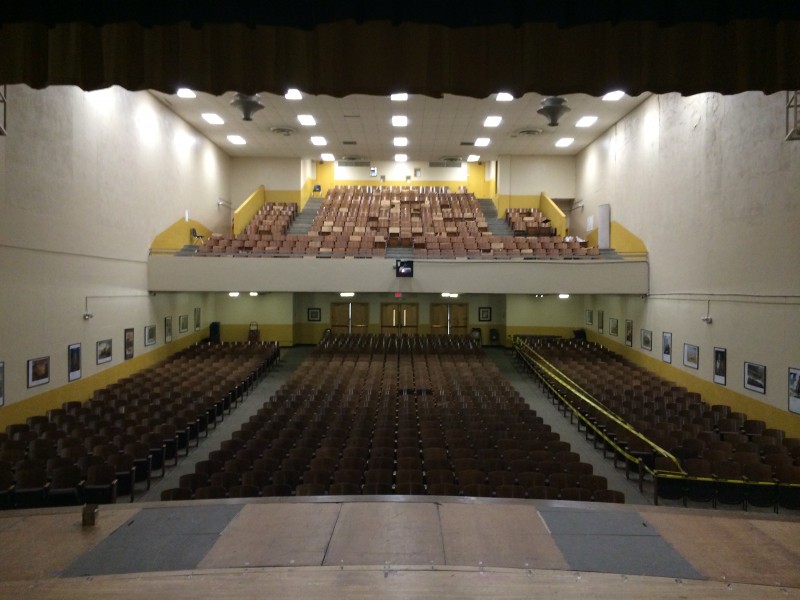 The areas addressed in the auditorium (originally built in 1938) were; electrical wiring, seating, wheelchair access, stairs for a back stage exit and a stage extension was removed improving emergency evacuation access.   To complete the entire restoration will require more funding. If a local individual or business with the means wanted to step up with a donation to complete the restoration, it’s a sure bet the county would love to hear from them. Until then or until the county can allocate the funds, the room will remain in its current state, not necessarily beautiful but functional. 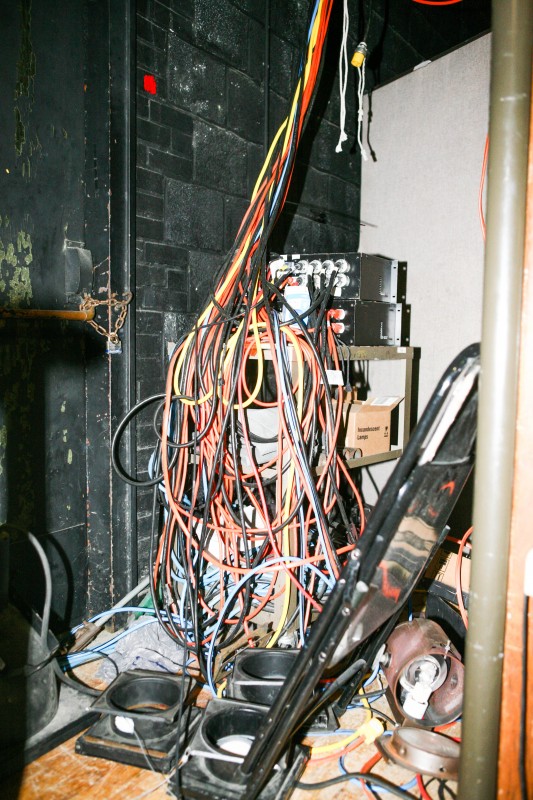 The left side of the theater is taped off due to the fragile nature of the upper facade. The facade needs some repairs due to water seepage, and the upper balcony is also closed until funds become available to repair the seating. Many seats need to be repaired or replaced before the balcony can be opened again. Some of the parts for the lower seating repair work were taken from the balcony. A structural engineer also inspected the room and the balcony and it was said to be structurally sound, according to the Director of Schools Mike Davis.

With any luck the facade and balcony seating repairs will be done by next year (assuming they find funding) but for the moment the theater is ready to open pending a final inspection by the Fire Marshal .  Davis said he wanted to thank the Robertson County Players for all their volunteer help getting the theater ready for the Fire Marshals re-inspection. The Fire Marshal will be looking over the repairs and improvements and will most likely officially re-open the theater in the next few days or so. There’s a chance that a few more changes will be required by the  Fire Marshal but it’s not likely to be anything that can’t handled by the highly skilled  Robertson County Maintenance Department.

For Springfield Middle School the theater is a big part of the daily routine,  so having it back will help the faculty and students settle back into their old rhythm.

To give you an idea of the condition of the room we have some before and after photos for you below.