Tracy D. Cone, was arrested Saturday for allegedly striking an officers bicycle as he fled in a vehicle. He was charged with Reckless endangerment, evading arrest, unlawful possession of a weapon, possession schedule VI and possession drug paraphernalia.

The police spent a couple of days looking for Cone and with a tip from a citizen Cone was captured without incident in a store in Springfield (see below for more details on his arrest.) He was taken into custody and processed into the Robertson County jail. After spending about 3 hours behind bars he posted bail and was released. The bond amount was $9600. Using a bail bondsman, Cone would have only needed a fraction of that to make bail.  According to the Robertson County Detention facility’s website, Cone was booked in at 3:35 P.M. and bailed out at 6:23 P.M. UPDATE: (Monday morning 9:00AM) Cone has been re-arrested on Monday August 12 around 3:00AM on unrelated charges. According to the Robertson County Detention facility’s website Cone was charged with Assault, domestic violence. As of 9:00AM Monday Cone has not Bonded out.

Please remember, all suspects are innocent until proven guilty by a court of law.

Smokey has received word that Tracy D. Cone (the suspect wanted in connection for allegedly striking an officers bicycle as he fled in a vehicle) was arrested at the Cricket Wireless store in Springfield around 11:50AM Saturday morning 8/10/2013. The suspect came into the store to purchase a new phone. The story came to Smokey from William White of CMT’s Treasures, thank you Will!

Springfield Police Chief David Thompson said, “We would like to express our appreciation to someone in the public who was not only aware of what was going on but also picked up the phone and gave us a call, we certainly appreciate that. This is one of those circumstances where we have a guy that was allegedly involved with drugs, guns and attempting to allude the police and its good to get him off the streets. ” 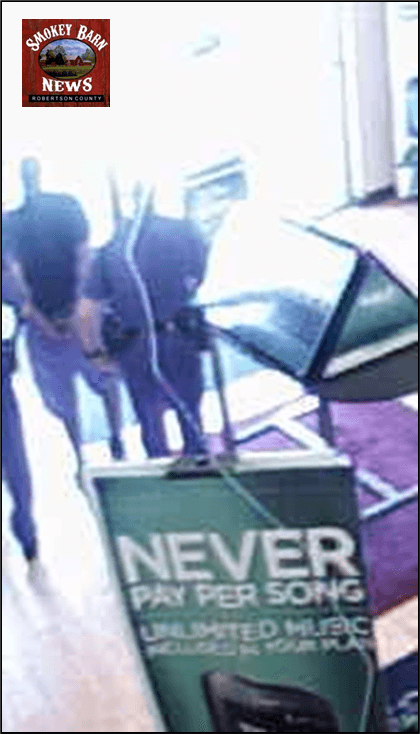 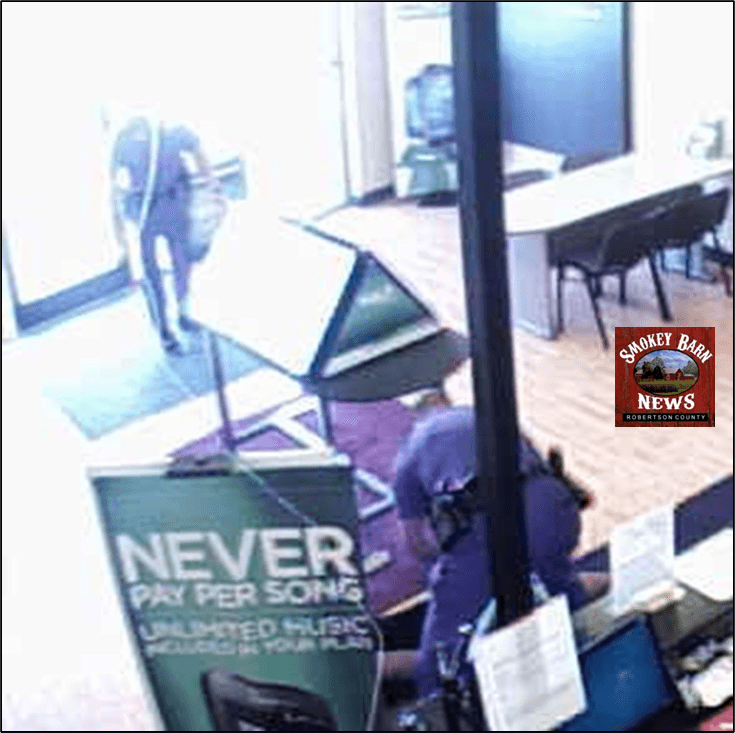 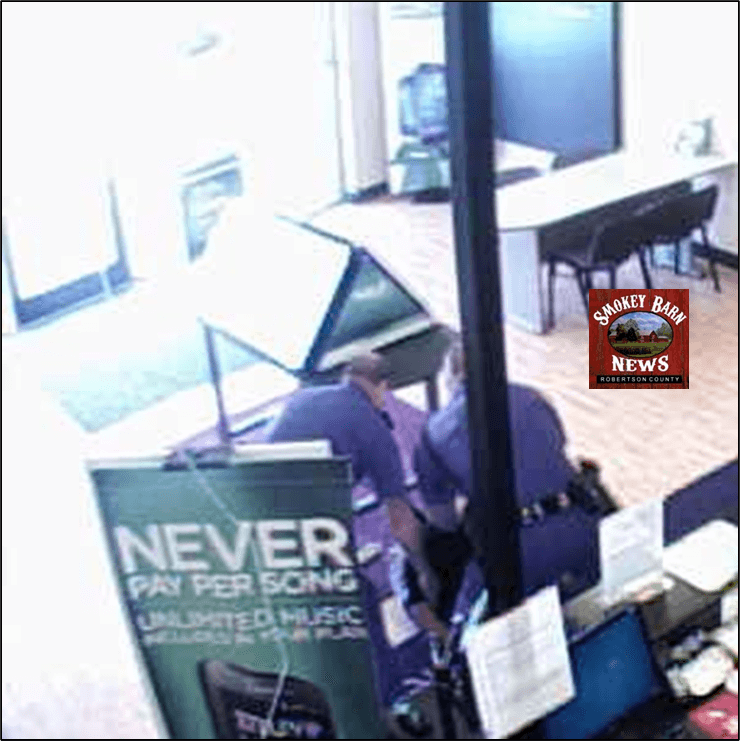 For the full story read below.

Friday afternoon at approximately 4:45 PM, Joshua Pentecost was arrested in an apartment on Sky View Terrace located in Springfield. He was wanted for allegedly shooting at a police officer in Springfield. (see below for more) He was arrested by Springfield Police Officers and Robertson County Sheriffs Deputies without incident. Details on charges will be provided after booking and processing for the arrests… and charges will include Attempted 1st Degree Murder of a Law Enforcement Officer for shooting at a Springfield Police Officer on 08/09/2013.

According to Detective Rickie Morris of the Springfield Police department, the suspect was trapped by officers in an apartment in the Sky View Terrace apartment complex located at 500 Skyview Terrace in Springfield.

While officers had the Sky View apartment building surrounded someone called and said Pentecost was at Mort’s Market located at 408 Memorial Blvd in Springfield (which is some miles away from the Sky View apartment building) and he wanted to turn himself in. A handful of officers went to Morts to see if the suspect was there. Meanwhile all the other officers stayed at the apartment complex, just as a precautionary measure on the off chance the call was a hoax to lure the officers away from the apartment complex so he could escape.

Springfield Police were assisted by TBI, US Marshals and Robertson County Sheriff’s office. There were also other jurisdictions running down leads for Springfield officers and looking for him in their cities such as Goodlettsville, Morris said.

Springfield Officer Shot At, Another Almost Run Over

Around 10:40 PM Thursday evening August 8th a Springfield Police Officer heard gun shots near another incident.  As the officer arrived a car was fleeing and the officer attempted to stop the car. The suspect vehicle drove up Park Drive where the driver got out of the car and fired four shots at the

Officer. The suspect then fled on foot and fired additional shots nearby.

There were three (3) active warrants for his arrest before this incident including a warrant for escape, and presently, there are four (4) additional active warrants including attempted first degree murder, reckless endangerment, felony evading arrest, and possession of a firearm by a convicted felon. 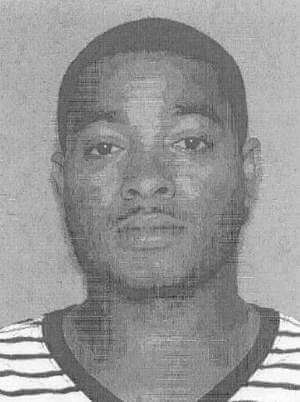 Earlier on in the evening at around 9:54 PM, and believe it or not just one street over, another suspect (unrelated to above story) was observed driving a vehicle on East 21stAvenue in Springfield.  A bicycle patrol officer approached the vehicle and asked for identification, and the driver produced a driver’s license.  There was a strong odor of marijuana present.  At some point the driver rolled up the window, slammed the door shut, and drove away in a reckless manner.  As the suspect recklessly drove off he struck the officer’s bicycle.  Though the two incidents occurred just one street apart, Springfield Police Chief David Thompson says “They don’t believe there is a connection between the two crimes.”

The officer was not injured.  This vehicle was found a short time later on 23rd Avenue East unoccupied.  Illegal substances were in plain view, and when inventoried, the vehicle contained additional drugs and a camouflage semi-automatic pistol with a silencer attached to the barrel and an extended magazine.  The suspect is Tracy D. Cone, Jr., Black, Male, 6’2”, 225 lbs, DOB 9/15/1988.    Warrants are being sought for felony fleeing and attempting to elude arrest, reckless endangerment, unlawful possession of a firearm, and possession of drug paraphernalia.

Anyone with information on the location of either one of these suspects is encouraged to call the Robertson County Communications Center at 615 384-4911 or Crime Stoppers at 615-382-3799.