Witnesses said an unknown vehicle drove by and started shooting….

Two people have been shot in Springfield and one man has died in what police are calling a drive by shooting Monday evening.. Police responded to a report of gunshots at the intersection of East 18th Ave and South Main St (location of shooting) around 8:00PM.

Witnesses at the scene told officers that an unknown make and model vehicle drove by and started shooting.

When police arrived they found a man on the ground and a courageous citizen performing C.P.R. The man, identified as Brandon Lamont Gardner, 30, of Springfield was transported to Northcrest Medical Center in Springfield where he was pronounced deceased.

Back on May 11, Brandon Gardner, a father of five,  was shot and drove himself to the hospital. He had been shot multiple times in the chest, arms, legs and groin, he survived.

A second victim was also shot. Officers were dispatched to Northcrest Medical Center around the same time in reference to a male arriving by a private vehicle with a gunshot wound to the leg. The man was identified as Mandrekus Young age 21 of Springfield. Young was airlifted to Vanderbilt Medical Center in Nashville with non-life threatening injuries. Police have not indicated how, why or if Young’s shooting is connected to the incident on Main St.  due to the ongoing investigation. 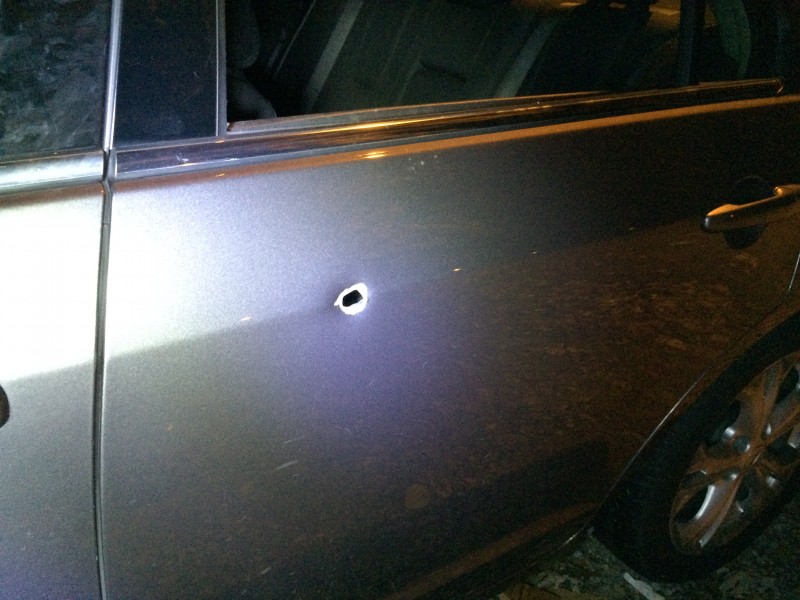 Police were investigating  two locations in relation to the shooting Monday evening. The primary location seemed to be at East 18th Ave and South Main. Police were collecting shell casings in the street and examining a home for bullet fragments lodged in the front of the home. Police had the entire intersection taped off and Main St closed for about two hours as they investigated the scene.

The second location was on Short Cheatham St. At that location police were investigating a vehicle that clearly had multiple bullet holes on the drivers side and all four tires were flat.

Smokey’s thoughts and prayers go out to the family and friends of Brandon Gardner as they face this difficult time.

Man Drives Himself To Hospital After Being Shot Multiple Times