“The Sunday Post” is a column comprised of articles of Faith, poetry and devotions…

Parable of the Devil & The Rich Man 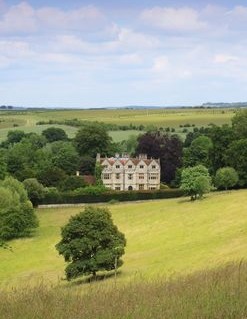 A very wealthy man lived on a vast estate with many natural treasures. He possessed rivers, and lakes. He owned untold acres of woodlands with trees a thousand years old. The mountains in view were his and so were the plains that stretched out before the hills. But the trees were perhaps his most prized possessions.

Now this man had a neighbor (who plays the part of the devil) who was just filled with jealousy and hatred for the rich man and all that he owned.

Many plans are in a man’s heart, But the counsel of the Lord will stand. Proverbs 19:21

He spent his days and nights plotting what he could do to injure and hurt his wealthy neighbor.

Finally he hit upon it. He would go out yonder under the cover of darkness and cut down one of the rich man’s magnificent trees. He went on the first moonless and cloud covered night with his axe, his saw, and his wedges. He worked feverishly through the dark night. His hands were soon blistered and bloody but he worked on. Finally it began to get light and he heard the sound of a wagon with the voices of two men approaching. 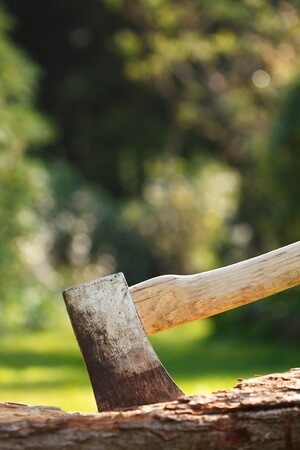 Quickly he drove in his last wedge and the towering tree began to fall and he ran for all he was worth, but a gigantic branch caught and pierced him and pinned him to the ground.

Just then the wagon pulled up to this bloody scene and it was the man who owned the estate and another man the tree cutter did not recognize. The tree cutter, even in his pain, shook his fist at the owner and said: “I hate you with a perfect hatred and I have cut down one of your precious trees. WHAT do you think of that?”

The owner of the homestead said this man with me is my architect and we are here to look over the sight of a new mansion I intend to build. Our plans require that only one of my great trees need be cut in order to build my new home. And the tree you just lost your life in cutting is the one. Thank you for your services.”

You can be sure the devil has never cut one of God’s trees except it was by His design and by His permission. The devil is only a puppet really, and it is God who pulls the strings.

And we know that God causes all things to work together for good to those who love God, to those who are called according to His purpose. Romans 8:28

“The Lord kills and makes alive; He brings down to Sheol and raises up. “The Lord makes poor and rich; He brings low, He also exalts.1 Samuel 2:6-7

The Lord is slow to anger and great in power, And the Lord will by no means leave the guilty unpunished. In whirlwind and storm is His way, And clouds are the dust beneath His feet. 4 He rebukes the sea and makes it dry; He dries up all the rivers. Bashan and Carmel wither; The blossoms of Lebanon wither. 5 Mountains quake because of Him And the hills dissolve; Indeed the earth is upheaved by His presence, The world and all the inhabitants in it. 6 Who can stand before His indignation? Who can endure the burning of His anger? His wrath is poured out like fire And the rocks are broken up by Him. Nahum 1:3-6

Answer to the last Bible Quiz – Was Jesus hair long or short? – Though the Bible does not provide a description of Jesus his general appearance would’ve been in alignment with Jewish culture at the time. His hair would’ve been short, the depictions of him with long hair was simply an artist’s rendering and are considered incorrect by most Bible scholars.

I was a gift to the one but poison to the others, I was a favored sign but also a hated symbol, Some say that of many I was not short, While others talk of two that were far too long, I was stolen and then torn , And became something to mourn, I am in the Bible – what am I?

Answer to be revealed in the next “Sunday Post”………

“Who Moved the Stone” by Frank Morison circa 1930. Morison was an unsaved lawyer who went to Israel to apply the rules of evidentiary law to prove the resurrection of Jesus never happened.

He surprised himself by proving just the opposite and returned home a firm believer in the resurrection and a born again Christian.

He determined using all of the rules of evidence acceptable in a court of law that God moved the stone. This is an old but a very good read. It can be found in paperback reprint from Christian Book Distributors or used in hardback on Abebooks.com.

All We Like Sheep is a book based on 12 years of research collecting information about sheep.

The title comes from Isaiah 53:6. If we are compared to sheep, we should understand their nature. Mary Glynn gathered information from people who raise sheep.

As she studied, she began to see how so many characteristics of sheep are similar to people. She was trying to understand her husband and three kids but she ended up understanding herself.

A glimpse inside -Sheep need full-time supervision because when they are on their backs they cannot write themselves! When sheep fold and rollover onto their spine, they do not have the ability to get up. All they’re kicking and bleating doesn’t help. While on their back they can’t follow the shepherd, even though they hear his voice. They become isolated from the flock and they are easy prey for their enemies. They suffer from being in this position. Sheep can’t help each other back on their feet. Only the shepherd can help!

Whenever your life is out of tune and nothing soothes your soul. Look to the Master whose gentle touch will bless and make you whole.

Like the old violin with so little worth, A life may be far less than grand.

But maybe transformed in a moment you see,

By the touch of the master’s hand. 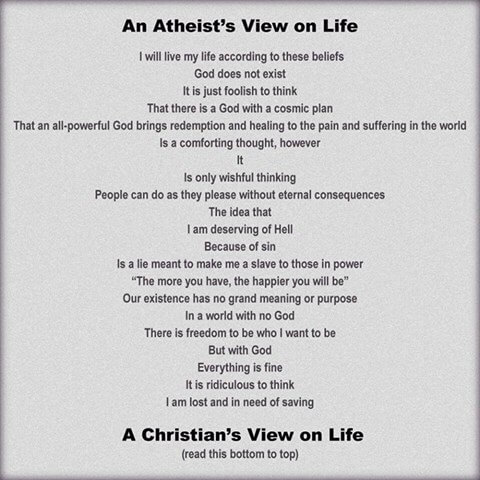 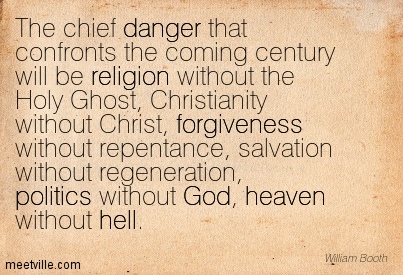 Quote – Do this! Don’t Do this!….is moral deism at it’s best, it doesn’t transform!

Do you know HIM?

“The life of Christianity consists of possessive pronouns” says Martin Luther. It is one thing to say, “Christ is a Saviour”; it is quite another thing to say, “He is my Saviour and my Lord.” The devil can say the first; the true Christian alone can say the second

Hebrews 12:1 “Wherefore seeing we also are compassed about with so great a cloud of witnesses, let us lay aside every weight, and the sin which doth so easily beset us, and let us run with patience the race that is set before us…”

What makes something right or wrong? Are things that are sometimes wrong always wrong? Most writers and commentators, even most preachers today, have problems with the question of right and wrong. That seems amazing since only a generation or two ago few people had any problems at all with the issue of right and wrong. About the only act that seems to be universally accepted as wrong today is to claim that there is an absolute standard of morality!

How did things change so fast? That’s not hard to answer. When people accepted that they were made by a Creator, they accepted one important consequence of that fact – the Creator owns us lock, stock and barrel and therefore has every right to hold us accountable for our actions. Many people understood that God was determined to steer us from the wrong and urge us toward the right because the wrong hurts us while the right provides us with a sense of fulfilment. So, life cannot be full when the Creator is not included.

When evolutionists convinced much of the population that this personal Creator was a myth, people began to reason that without a Creator, right and wrong were up for grabs – morality was not absolute. And that is just what the first architects of evolution said would happen if evolution was adopted! “Wherefore seeing we also are compassed about with so great a cloud of witnesses, let us lay aside every weight, and the sin which doth so easily beset us, and let us run with patience the race that is set before us…”

Dear Lord Jesus, it is because You have carried the punishment for my sin on the cross and because You were raised on the third day that I have a new, meaningful life to live. Help me to live it and to have the joy that comes only from You. Amen.

“Nay but, O man, who art thou that repliest against God? Shall the thing formed say to him that formed it, Why hast thou made me thus?” Romans 9:20

Whenever one begins a question with “why,” he should realize that the answer must necessarily be theological, not scientific. Science can deal with the questions of “what” and “how,” sometimes even with “where” and “when,” but never with “why”! The “why” questions have to do with motives and purposes, even when dealing with natural phenomena. (“Why does the earth rotate on its axis?” “Why do we have mosquitoes?”) Even though we can partially explain such things by secondary causes, we finally encounter a “first cause,” and then the “why?” can be answered only by God. 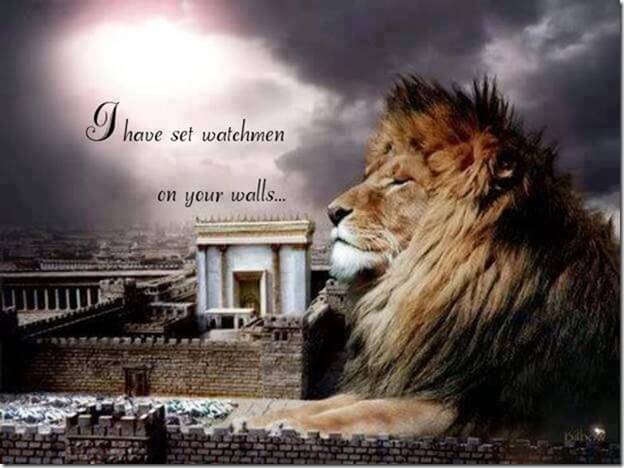 The wise thing to do is simply to believe that He has good reasons for everything, whether we can discern them now or not. “Shall not the Judge of all the earth do right?” Genesis 18:25. God the Creator “worketh all things after the counsel of his own will” Ephesians 1:11 also we have obtained an inheritance, having been predestined according to His purpose who works all things after the counsel of His will, and it is our high privilege simply to trust Him, not to question Him.

On the other hand, He often asks us: “Why?” “Why are ye fearful, O ye of little faith?” Jesus asked His disciples when they thought they were in great peril Matthew 8:26. “If I say the truth, why do ye not believe me?” John 8:46 He would say to those who question His Word.

Then to those who doubt His deity, the apostle Paul, speaking in His name, asks: “Why should it be thought a thing incredible with you, that God should raise the dead?” Acts 26:8. As the popular chorus goes: “God specializes in things thought impossible!” Our God is omniscient and knows what’s best; He is omnipotent, so He can do it. He is all-loving and will surely do what’s best for those who trust Him.