After the impact the driver of the Sequoia fled the scene….. 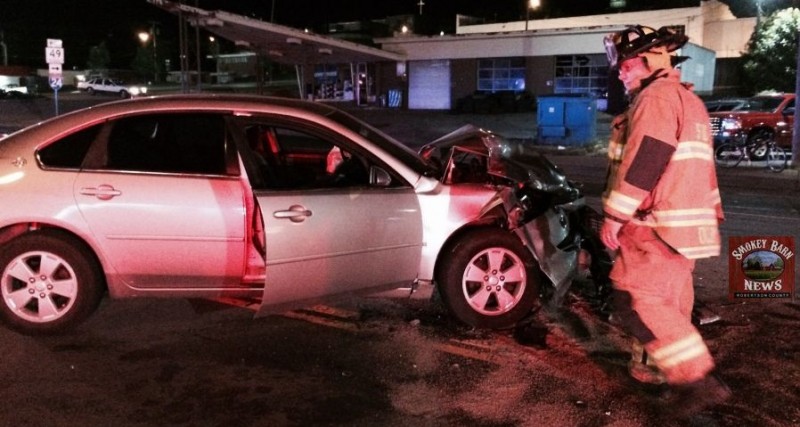 Suspect Flees After Hit And Run In Springfield Thursday

SPRINGFIELD TENNESSEE: (Smokey Barn News) – According to Springfield Police, the driver of a Toyota Sequoia pulled out on to Memorial Blvd from a convenience store and collided nearly head on with another vehicle traveling North on Memorial. The accident occurred just before 10:00pm Thursday evening in front of Dixie Maid Cafe near the corner of 5th and Memorial Blvd.

The other driver, a young female, was examined by medics at the scene but ultimately declined transport to the hospital. The impact caused heavy damage to both vehicles and airbags did deploy.

Police searched the area but the driver was not located. The young woman driving the other vehicle will be looking for a new vehicle.