A suspect is calling residents in the area and pretending to be….

Suspect Pretending To Be Police Officials, Ask For Money

SCAM ALERT: According to Montgomery County Sheriff’s office,  a suspect is calling residents in the area and surrounding counties pretending to be a police lieutenant and then asking for money.

“We’re hearing of someone claiming to be a lieutenant and asking people to give him cash or Green Dot cards as payment for some criminal charge,” said Sgt. Mark 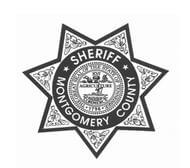 Wojnarek.“The Montgomery County Sheriff’s office would never ask for cash, cards or any checks from anyone. Please don’t buy into this.”

Sheriff John Fuson added that Davidson County has also had similar incidents. “Our citizens have faced this scam in the past, and we want to make sure the public is aware that this scam continues across the state,” Fuson said.

The Robertson County Sheriff’s Department recently made the same cautionary alert on there Facebook page: “SCAM ALERT!! We have received information that calls are being made by subjects claiming to be from the sheriff’s office demanding money to avoid arrest. The Robertson County Sheriff’s Office does NOT call and ask for money from anyone. Please inform your friends and family of this ongoing scam.”

Any fines you may or may not have are paid at the court, never over the phone. According to police officials, they became aware of this scam after a citizen bought a Green Dot card and then called to confirm with local police. The resident was told to put their money back in the bank, that’s not a method police or the county would use to collect payment.

The fraudsters are difficult to prosecute because they are almost always out of state making them difficult to track down, police said.

Police also told Smokey that this has been an ongoing issue. Apparently the callers are clever on the phone and have convinced people to pay fines they don’t have. It’s dialing for dollars, eventually someone will buy the scam, don’t let it be you or a family member.