SPRINGFIELD TENNESSEE: (Smokey Barn News) – The Tennessee Bureau of Investigation today arrested two former employees of a division of Hollingsworth Oil Company in Robertston County for forgery after they were indicted by the Robertston County grand jury last week.

Scott Hawkersmith (right photo), 58, of Goodlettsville, Tenn. was arrested at his place of employment, Petro Pro, in White House this morning. He was indicted on 23 counts of forgery and one count of criminal conspiracy to commit forgery. Dave Vick (bottom photo), 56, of White House, surrendered to authorities this afternoon after being indicted on 23 counts of forgery. Hawkersmith is a former supervisor of Environmental Services and Petroleum Maintenance, LLC a division of Hollingsworth Oil Company and Vick is a former employee. According to the TBI, between January 2011 and February 2012, the two allegedly coerced employees of the company to forge documentation to provide to the Tennessee Department of Environment and Conservation for verification of compliance with environmental regulations. More specifically, the forgeries were committed on logs documenting inspections of storage tanks and containments to prevent spillage.

The 19th Judicial District Attorney General’s Office requested TBI to investigate in June of 2012 and search warrants were executed at the business located on Memorial Boulevard in Springfield as part of the investigation in June of 2012.

Hawkersmith was booked into the Robertson County Jail on $5000. Vick was released on his own recognizance. 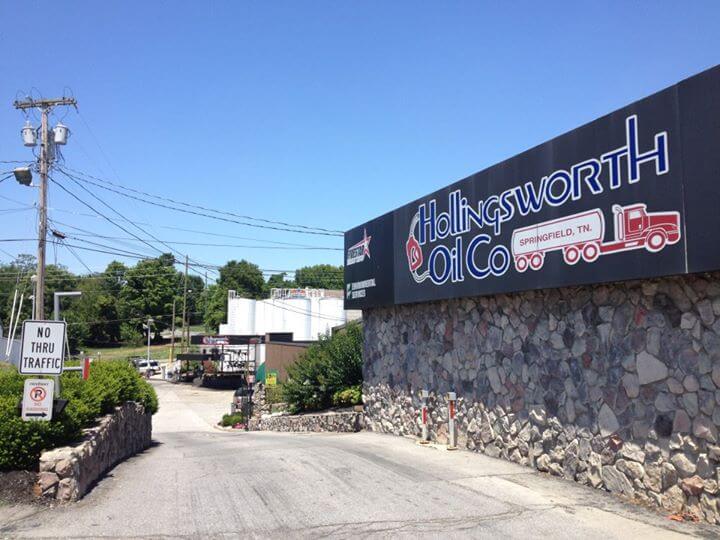 Local Business Searched by TBI Yesterday afternoon, (June 13th 2012) Tennessee Bureau of Investigation executed a search warrant on Environmental Services which is a subsidiary of Hollingsworth Oil located at 1503 Memorial Boulevard in Springfield as part of an ongoing investigation into possible forgery and Violations of the Tennessee Petroleum Underground Storage Tank Act. TBI was requested by the 19th District Attorney General to open an investigation. The case remains open and ongoing at this time.