TBI issues warning about dangerous drug that appears to be oxycodone…

ROBERTSON COUNTY TENNESSEE: (Smokey Barn News) – Today, the Tennessee Bureau of Investigation issued a warning about a potentially dangerous drug found in pills that otherwise appear to be oxycodone. 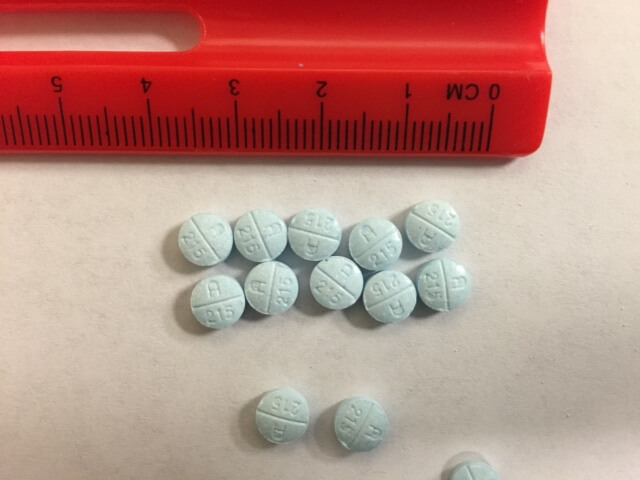 Recently, a Tennessee law enforcement agency recovered what appeared to be several 30mg pills of oxycodone during a traffic stop. Each was the same size and featured the signature A/215 stamp characteristic of oxycodone. However, laboratory analysis performed by TBI Forensic Scientists indicated the pills were counterfeit and did not contain oxycodone. Instead, they contained fentanyl, a pain killer 50 times as potent as heroin that can be deadly in high doses.

“This disturbing discovery only compounds the problem of fighting drugs in Tennessee,” said Tommy Farmer, TBI Special Agent-in-Charge and Director of the Tennessee Methamphetamine and Pharmaceutical Task Force. “We want those addicted to prescription drugs to get help, not seek pills from illicit sources. It’s just a matter of time until it costs someone their life.”

Last year, in anticipation of a proliferation of fentanyl abuse in Tennessee, TBI Director Mark Gwyn proposed the agency launch a program to protect Agents and Forensic Scientists who may come into contact with fentanyl with auto-injectors
containing naloxone, which can potentially save an individual from a fentanyl overdose.

“It might look convenient to order medicines from home, but it’s not a safe alternative because you have no assurance of the quality or the actual ingredients,” said Farmer. “Furthermore, our state is ranked 3rd in the country for prescription drug abuse. It’s not just typical drug addicts, either. It cuts across demographics. It’s time for lawmakers to further enhance our state’s laws to address the new ways criminals are trying to take advantage of our state’s residents for the sake of profit.”